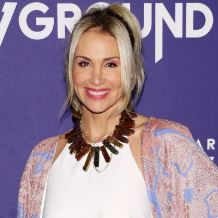 Nurse Jamie — like her name suggests — is a registered nurse. The only difference between her and every other medical personality? Well, Jamie is famous. A beauty skin expert, she gets recognized for her appearances on “E! News” and “Extra.”

Uncover Jamie’s net worth and dating status by unfolding her wiki. Also in the article below, readers can find necessary info about her married life, age, and height!

Nurse Jamie was born with the real name Jamie Sue Sherrill in 1971. Celebrated her birthday, the skincare guru turned 49 years of age in 2020. However, her actual DOB evaded the public realm.

Despite owning a Wikipedia profile, details about Nurse Jamie’s family were few and far in between. No wonder, the public seemed aloof about her parents and siblings.

Furthermore, Jamie most likely owned an American passport. Going by the physical features, she was of Caucasian descent.

At a young age, Jamie became infatuated with the beauty business. By 18, she was working for a dermatologist who pioneered the laser therapy. During the stint, she learned the importance of innovation in aesthetic medicine.

As an entrepreneur, Nurse Jamie founded Beauty Park Medical Spa in Santa Monica. She would later expand her reach and built a similar facility in Abu Dhabi, UAE.

Jamie and her team at her spa provided a wide range of services including tattoo removal, body contouring, Botox, fillers, chemical peels, lasers, and many more.

Upon its release, Jamie’s self-titled skincare and beauty tool line received a lot of love from celebrities including Jenna Dewan, Ashley Tisdale, Lisa Rinna, and others.

According to online sources, Jamie owned a reported net worth of around $10-20 million. Appearances on “The Doctors,” “The Today Show,” “Good Day LA,” and VH1’s “Hollywood Exes” as a skincare expert added to her growing resume.

In July 2020, Netflix premiered its latest series “Skin Decision: Before and After” starring Dr. Sheila Nazarian and Jamie. As noted on the show’s description, the duo helped “use the latest procedures to bring out their clients’ best selves.”

As noted by the fans, the dynamic duo complemented one another perfectly. While Jamie used non-invasive techniques, Nazarian treated patients under-the-knife.

Nurse Jamie’s social media fame reflected her popularity in real life. As of July 2020, her Facebook profile accumulated 23k likes. Meanwhile, some 13.4k fans followed her on Twitter. She also owned around 309k followers on Instagram.

Fans can recall that Nurse Jamie once enjoyed a prosperous married life with her husband. Together, she and her mystery beau had three kids (triplets). They were last spotted in December 2014.

As of April 2020, Nurse successfully managed to hide the details about their separation. More importantly, she kept the identity of her triplets and now-former husband a secret. 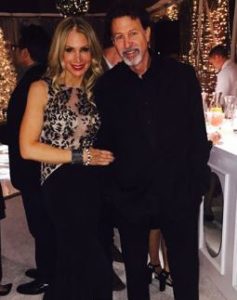 In 2020, Nurse Jamie made headlines because of her dating life. April that year, she got romantically linked with musician John Mellencamp — a former fiance of actress Meg Ryan. John and Meg broke things off in November 2019. Previously, he was in a marital relationship with Priscilla Esterline, Victoria Granucci, and Elaine Irwin.

A father of five children, John and Jamie reportedly began dating in January 2020. Hailing from the same small town in southern Indiana, the lovebirds seemingly hit it off from the start.

Veteran broadcast presenter Megan Colarossi became a household name after serving on the panel of “The...

One surely needs confidence if he/she wants to make a TV host or a reporter out of him/her, but what he/she...