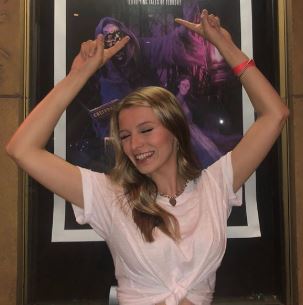 Appearing on two episodes of the TV series “Shots Fired” as Katie Eamons in 2017, Madison Thompson created a buzz. However, she rose to the international spotlight circa 2020 portraying the character Erin Pierce on the hit Netflix drama “Ozark.”

To know about Madison’s dating life, family background and net worth, read her wiki and biography. By reading along, learn about the young actress’ boyfriend, height and social media presence.

According to her IMDB bio: Celebrating her birthday, Madison Thompson turned 19 years of age in 2020. If accurate, the rising actress was born after the turn of the century. That said, her precise date of birth evaded public records. Therefore, ascertaining her zodiac sign was a tough ask.

As of late-March 2020, fans hadn’t set up a Wikipedia page for Madison Thompson. One could name a thousand other celebrities who garnered far lesser showbiz credit than her but possessed one.

Madison’s family — including her parents and siblings — hailed from Atlanta. However, info about her kinfolks was scarce. An Atlanta native, she owned American nationality. Concerning ethnicity: the “NCIS: New Orleans” actress was of Caucasian descent.

After high school, Madison attended the University of Southern California as a Presidental Scholar. She enrolled in the institution’s BCA Program and intended to minor in Musical Theater. At USC, Madison was a member of Women in Cinema Club.

Movies And TV Shows, Net Worth

The 2013 flick “Unnecessary Meanness” marked Madison Thompson’s foray into the world of movies. Over the years, she starred in numerous flicks including “Santa’s Boot Camp” and “Ditched.”

Coming to her performances on TV shows, Madison acted on several small-screen projects such as “American Housewife,” “Henry Danger,” “Creepshow,” and “Kevin (Probably) Saves The World.”

In July 2019, Madison joined the cast of “Ozark.” Featuring in 7 episodes of the Netflix series, she played the daughter of Helen Pierce (portrayed by Janet McTeer). Before Ozark Season 3 aired in late-March 2020, Madison gave interviews and spoke highly about her co-stars.

For her work on the theater production in “Peter Pan,” Madison earned a nod from Shuler Awards in Best Supporting Actress category. Reportedly, she amassed $300 thousand in net worth.

Once “Ozark” premiered on Netflix, the public’s interest in Madison Thompson’s dating life saw an immense spike. They hounded the actress’ social media posts and searched who her boyfriend might be.

At the start of 2020, Madison seemed single and hadn’t posted anyone. Back in 2017 though, the “Shots Fired” star shared — not one but two photos — with a boy named Charlie Hicks on Instagram. In both pictures, Madison’s suspected boyfriend Charlie held her by the waist.

Charlie, meanwhile, didn’t show Madison on his IG. Either that or he deleted the pictures with Madison once their dating life came crumbling. At this point, it is all speculation game. 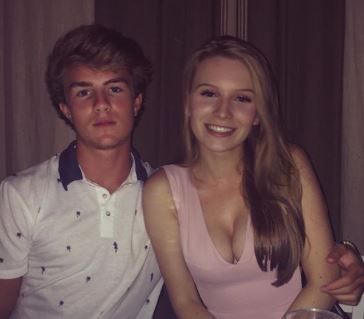 Active on Instagram, Madison Thompson accumulated 3.3k followers (as of 28th March 2020) on the platform. Around the same time, her Facebook and Twitter handles didn’t seem as popular.

According to the contact info on her official website, Madison was managed by Valarie McCaffrey of “McCaffrey Talent.” Signed to “Atlanta Models & Talent,” she hired Jody Ventis and Phillip Marcus as her agents.