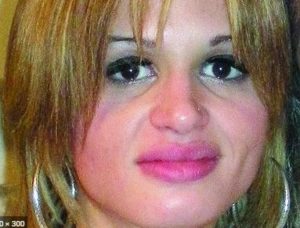 Netflix has stocked up another crime thriller in its catalog based on the true story that transpired back in 2010. Shannan Gilbert’s case, who was the prime victim of the unresolved serial killing, was titled by the video streaming site as Lost Girls.

This case begot more mystery than horror in it, with several dead remains found, serial killer at large, and police incompatible nature to disclose the 911 tape made the case more tempting to know about.

This is the story of a mother’s love for her child, the system’s manipulative act and the loss of an innocent and her dreams owing it to the broken societal structure of the western community.

We’ve prepared this wiki-style article to detail you on the facts and events based on Netflix’s new offering on the true-crime genre.

Shannan Maria Gilbert was born first-born in a broken home. Mari Gilbert, her mother had her with her then-boyfriend, whose details are nowhere to be found, on 24 October 1986 in Lancaster Pennsylvania.

Shannan grew-up with her sisters, Stevie Gilbert Smith, Sherre Gilbert, and Sarra Elizabeth Gilbert. They were close to each other.

She was an intelligent child but was suffering from bipolar disorder making it difficult for her family sometimes.

Mari, with her four children, parted away from Shanan’s father and lived separately in the upstate, New York. As Mari was having trouble raising her four kids on her own, Shannan and her sisters were separated from her.

The four sisters were handed over to four different foster parents. Soon after, two of the youngest, Stevie and Sherre, moved back with their mother, but Shannan and Sarra was still away from the family.

Mari, was keeping touch with Shannan’s new guardian while she was away, and they often reached out to each other regarding Shannan. They talked about how well Shannan was doing in school and her potential to do greater things.

Consequently, Shannan graduated high school and started making a living as a hotel receptionist, snack prep at Senior Center and her job of a hostess in the Applebee’s. The minimum pay was not enough for her to support her family.

Around 2007, Shannan was in a relationship with her then-boyfriend.

Soon after, she moved in with her boyfriend in New Jersey. There, she started prostituting through an escort agency to support her budding career as an aspiring and strugglings singer/actress

Shannan was always cautious regarding personal safety. She was assaulted several times and even broke her jaw once and replaced it with a titanium plate.

She understood the down-side of her business so she had hired a driver, Michael Pak, who also was her security. Whatever amount of money she made escorting, she offered one-third of it to him for his service.

Around that time, she was making enough to more than support her dreams but more than enough to splurge on her sister and her mother, Mari. Her mother was aware of her escorting job and had attempted several times to make her quit.

Shannan also wasn’t very fond of it but she had planned to continue through it until she had completed the online classes she was taking off-hour which would be its replacement.

1st May 2010, Shannan was called at Joseph Brewer’s house in Oak Beach, Long Island at around 1 AM to 2 AM. The Gilgo beach area was an affluent and gated community.

As planned, she was supposed to be there for about two hours, but her stay there got stretched out. And at some point during that night she called 911 where she said,

While Shannan was on the 911 call, the operator tried to inquire about her location multiple times.

But she didn’t or maybe couldn’t because she had her driver take her to the client’s house having no idea about her whereabouts. The dispatcher was kept on the line for about 23 minutes.

Joseph, her client, came out shouting at Michael, to take Shannan out of his home.

Shannan came out of the house all freaked out and went to the neighboring houses and started knocking. Out of many, one neighbor extended hands but allegedly Shannan didn’t let him make a 911 call.

While the commotion was ongoing, Michael Pak, followed her to losing her at some point in the process out of sight. She looked around the neighborhood but she disappeared leaving no traces at this point.

Shannan’s family, all devasted, rested their hopes on the Suffolk Police Department to find her missing daughter. To the family’s disappointment, they lacked proper evidence which made them rule out Joshep Brewer and Michael Pak, the initial witness, as their suspects.

On 11 December 2010, the remains of a dead body was discovered by a detective while he was training with his cadaver dog. The remains were found near Brewer’s house at the long beach.

After a thorough investigation, the autopsy report came in which suggested the found remains weren’t of Shannan. They didn’t find titanium jaw plate on the facial region which Shannan had.

Following the lead, police went on to find four more sets of bones within a few days of investigation at a 50 feet apart from each other.

Medical examiner, after the test, came up with the conclusion that they were strangled to death.

All the victims were sex workers, and was listed in the Craigslist escorting services and similar other sites.

The riddled connection between these victims made a headline at the local news network that serial killer was at large. The serial killer whose identity is yet to be resolved was named The Gilgo Beach Killer, Craigslist Ripper, and Long Island Serial Killer.

In total of 10 separate remains of the body were discovered around that region after the investigation. But police concluded Shannan seemed to have no connection with either of the dead victims and the serial killer himself.

On 13 December 2011, almost a year after the first discovery, Shannan’s dead body was found. She drowned in a marsh located at a half a mile distance from Gilgo beach.

Medical examination didn’t shed light on any new information and police believed she died because of drowning. Investigators didn’t find any leads that could co-relate her death to the Long Island Serial Killer.

In the brink of ongoing suspicious investigation, Dr. Peter Hackett, a former surgeon who worked with the Suffolk Police Department, and Joseph Brewer’s neighbor became a person of interest.

Mari revealed, after two days of Shannan’s disappearance, Hackett called her residence to inform he was taking care of Shannan and he ran a home for wayward girls. But three days later, he called Mari, to confirm his denial of him ever meeting her daughter.

Shannan’s family filed a suit against Hackett for the wrongful death of their daughter after police found he had called Mari twice after Shannan’s disappearance. Later police dismissed him as a suspect as they discovered he was just being a windbag and has a history of exaggerating things.

Many believed he was a cover-up of the police investigation.

But Shannan’s mother and her family out of disbelief in the conclusion drawn, hired a private investigator John Ray, and medical examiner to do an investigation. They didn’t agree with the result the authorities put forward.

Michael Biden, the family’s medical examiner claimed her death was not by drowning. He also revealed Shannan had signs of strangulation on her body.

Shannan’s family arranged a proper funeral for her in March 2015. They inscribed her tombstones with parting away messages and both her birthday and death day i.e. 13 December 2011, the day when her remains were discovered.

Suffolk County Police Department was ordered by The New York Supreme Court to turn 911 recording over along with the transcripts in 2018. But the police appealed against the said ruling.

Ray concluded the suspicious involvement of police on not handing over 911 recording. He remarked the police were protecting someone mentioned on the tape.

Mari Gilbert passed away on 23 July 2016. She was stabbed and hit a fire extinguisher to death by Sarra, her daughter. Sarra was sentenced to 25 years in prison though she pleaded not guilty, the reason being her alleged mental illness.

Netflix’s Lost Girls (2020) attempted to humanize the sex workers and bring out sympathy in the people who were often thought to be disposable and obsolete.

In the series, Amy Ryan plays Mari Gilbert in the movie. The movie was based on the 2010, Serial killing spree, but director Liz Garbus brings it one degree closer to display a mother’s quest to resolve the mysterious death of her daughter.