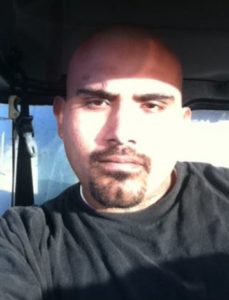 The premiere of Netflix’s True Crime docu-series, The Trials of Gabriel Fernandez brought several individuals personally or publicly involved, to the light. Of many who were devastated by the death of the 8-year-old boy, Arnold Contreras was the most affected.

During the trial, he shared that, he felt partly responsible for the death of his son. He was serving time when his son passed away.

Had Arnold known that him not involving in crime would’ve been one of the pivotal events that could avoid the loss of the life of his beloved son, he probably wouldn’t have played the fool and got arrested.

This wiki-style article of Arnold Contreras is the story of a man’s mistake that possibly cost him something precious than his own life and the thing he made the mistake for.

Arnold Jose Guadalupe Contreras was born on 6 August 1981. He turned 38 years old while celebrating his birthday in 2019. He also has a brother named Christopher Contreras. Pacoima, Californian-native,

Arnold was born to his parents Rodrigo Contreras, and Placida Contreras, his mother. During the trial, both of his parents testified against the convicted couple, Pearl Fernandez and Isauro Aguirre, through an interpreter.

Talking about Arnold’s past, his habit of bypassing to get what he wanted to get him in trouble multiple times. Getting caught, going to prison, and getting bailed out, was nothing new to the man.

In what manner did Arnold and his wife Pearl met each other and got together, we don’t have a clear idea of it. But together they had 3 children, Ezequiel, Virginia and Gabriel, out of their marriage. 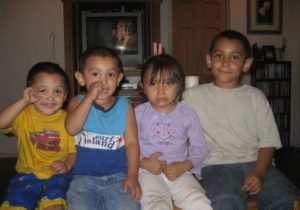 Arnold getting in and out of prison all the time and the responsibility of three children on Pearl overwhelmed her. Eventually, she showed no interest in raising either of her kids so she left two of the eldest with her parents, David Fernandez and Sandra Fernandez.

The problem Arnold had with the law, nulled the opportunity for getting custody of his children when Pearl abandoned them.

In 2012, Pearl sought custody of her younger son out of the alleged persuasion of Isauro. She had him back in her house in Palmdale, California with her.

The couple had the boy for only eight months. And on 24 May 2013, the boy was tortured and abused to death. Pearl called the emergency responder paramedic, claiming the boy fell and hit his head. But when the responder came in, it was visibly clear from the first glance, he was murdered.

When all this tragedy transpired, Arnold was doing time in Riverside County Jail for robbery and firearm possession.

Due to the seriousness of his crime, he was not even allowed to meet his dead son and say his last goodbye.

In the testimony given out by him, he said,

The chaplain pulled me out, said he was on life support, and that they were going to take him off the next day

The regret inside him echoed in his voice during his testimony.

After the death of Gabriel Fernandez

During the trial, the even bigger reason for the death of Gabriel came forefront. The Division of Children and Family Services (DCFS) was found partly responsible for the harrowing ordeal.

Even after over 60 complaints were filed by Gabriel’s grandparents and relatives, the council didn’t take proper action to cope with the situation. The negligence and irregularity shown by the members involved with the case were held responsible for everything.

Outraged relatives along with Arnold Contreras, filed a lawsuit against, the Palmdale School District, the Sheriff’s Department, and DCFS for its failure to protect Gabriel.

Two of the accused and involved, Pearl and Isauro, was found guilty for the first-degree murder charge. While Pearl Fernandez was given a life sentence without parole, Isauro was given the death penalty.

As for the ignorant social workers, they were indicted for falsifying the records gathered during the inspection of Gabriel Fernandez’s case and was fired.

Where is Arnold Contreras Now?

After the end of the trial, several relatives and kins opened arms to provide comfort and shelter to, Virginia and Ezequiel. One of the welcoming relatives was Arnold’s brother Christopher.

Christopher, who was a military man, described Gabriel’s situation at the time of his death to be worst than what he had seen during wars. He and his wife went on to adopt both the children of his brother. 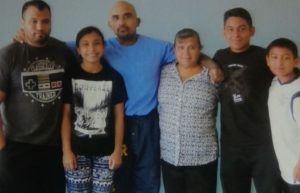 Arnold with his children and relatives (Pic: Arnold Contreras Facebook)

The first-hand witnessing of the loss of their youngest brother haunted Virginia and Ezequiel in the aftermath. They often shared the feeling of guilt with Christopher.

Around 2017, going through his social media pages, he was working in a tattoo shop in his hometown. His Facebook doesn’t have any activity on it since 2017. And he has taken down his Instagram account.

Arnold’s social media pages are haunted by Gabriel’s photos. It included the time he was happy with his father and his siblings.

And as for Arnold, he still has run-ins with the law. In February 2019, he was locked in Calipatria State Prison for a non-violent offense. He was announced eligible for possible parole, but when will he be coming out is still unclear.

So maybe the old-habits do die hard.