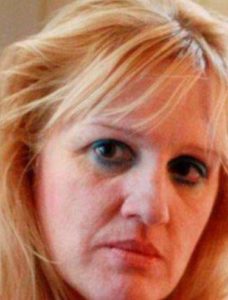 Mari Gilbert became a household name in 2010 when her daughter, Shannan Gilbert, went missing mysteriously. She and her family suspected the death of Shannan to be a homicide whereas authorities involved in the case ruled out the conclusion and declared it death by natural cause, drowning to be exact.

Welcome to the wiki-style article relating to the life of Mari Gilbert.

How Did Mari Gilbert Die?

Mari Gilbert was found stabbed over 200 times to death at Ellenville’s home of her daughter Sarra. Sarra hit her with a fire extinguisher and tried suffocating her with the foam from the extinguisher.

Sarra pleaded not guilty on the ground that she had a history of mental illness and mild schizophrenia.

But, Stevie, her sister testified against her claiming all the statement she made was a lie.

Stevie revealed, few months before Sarra had killed her pet in front of her young child. Because of that, Mari gained custody of Sara’s child.

Sarra had anger built inside because of that incident which eventually led her to murder Mari.

It was sad to think that Mari who advocated for the murder victim and sought a proper closure on the death of her eldest daughter, died without getting one.

Mari Gilbert was born to June rose C. Gran and John W. Cox Sr. on 22 June 1964. She shared her parents with her sister Lori Grove.

Mari, separated from her husband and took custody of all of her children.

Though Sarra and Shannan were not under Mari’s care, she still maintained a sound relationship with both of the foster moms who were given custodian rights.

Mari had worked as a store manager for a local Walmart. She took care of her grandchildren and providing for the family.

Shannan Gilbert, Mari’s eldest, who was working as a prostitute went missing in 2010.

On 1st May 2010, Shannan visited her client in an affluent neighborhood of Oak Beach, Long Island. But around 2 AM she called 911 to report her life in danger.

Joseph Brewer, her client, came outside calling out her driver/security Michael Pak to get her outside of the home.

The operator who took Shannan’s 911 call was left on the line for 23 minutes where she heard multiple people trying to comfort her while she was yelling, They are trying to kill me, over and over.

After a moment, Shannan bolted outside Brewer’s home and was thumping the neighborhood’s door.

At this point, Michael was following her down with not even close to getting her inside the vehicle.

At some point in the morning, he lost Shannan and was not able to find her even though he strolled the nearby places.

A few days later, a Suffolk County detective found dead remains while strolling down the Gilgo Beach area. Upon the medical examination, results came in and were negative to the assumption that the body belonged to the missing girl, Shannan Gilbert.

Four more bodies were discovered of a female at a close distance, the reason for the death being strangulation. The horror of a serial killer at large made the headlines and shook the region it happened in.

But non-of the body was identified as Shannan Gilberts.

On 13 December 2011, Shannan’s remain was discovered half a mile distance from where she was last seen. She had drowned in a marsh, or that’s what the investigators thought.

Though investigators and medical examiner thought it was a death of natural cause.

Mari and her family didn’t believe it to be true. So Mari hired a private investigator and a medical investigator. Upon a thorough examination, the autopsy report, though came incomplete because the evidence eroded, revealed Shannan didn’t die because of drowning.

With no closure to the alleged crime, Mari and her family arranged a funeral to give her a proper end.

As per the review of theguardian.com

“She struggles to find the right balance between muted naturalism and button-pushing Hollywood formula.”

“Ryan is similarly unmodulated, believably raw at times and then uncomfortably grandstanding at others. It’s a pleasure to see her given so much screen time but it’s not a performance that ever cuts quite as deep as it needs to, our emotional attachment to the unfolding devastation wavering at best.”

“As a storyteller, Garbus works with a no-fuss rhythm and flow, holding the audience in the palm of her hand. Yet “Lost Girls,” in following the ups and downs of the actual case of the Long Island serial killer (which remains unsolved), is conceived and staged to be a kind of anti-thriller. It has genuine suspense, but in a way that keeps undermining our expectations.”

No matter, this was a heartbreaking event that happened to Mari Gilbert. It sends chills down the spine to even think of ever happening to us or what we would’ve done had we endured it.

Netflix has stocked up another crime thriller in its catalog based on the true story that transpired back in...