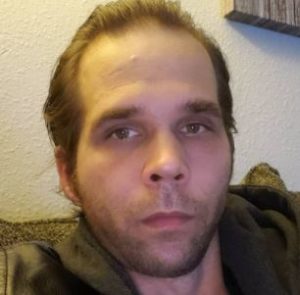 The resident bad boy, Jeremiah Raber stepped into the limelight with his debut in TLC’s Breaking Amish in 2012. He was first seen breaking out of his Amish lifestyle and moving on to NYC life. Over the years, alongside his adventures, his love life was a major factor reeling in the viewers.

And now, with the show’s season 4 of Return to Amish, Jeremiah was seen married to his second wife, Carmela Mendez. But what about his first wife, and what happened between them? Keep reading this Jeremiah Raber wiki to find out all about it.

Jeremiah Raber was 41 years of age in 2021. He celebrates his birthday on January 17, making him of the Capricorn zodiac.

If you are a regular viewer of Breaking Amish then you would know that Jeremiah Raber was adopted into an Amish family. He shared he was “taken” from his biological mother when he was just nine months old, and later adopted as he turned one and a half.

Talking about his childhood, Jeremiah had a difficult upbringing. He claimed that he wasn’t meant to be Amish and because of that, he didn’t live up to his parent’s expectations. Recalling a hurtful moment, Jeremiah says,

“My adopted mom looked me straight in the eyes and told me 3 different times she doesn’t know why she adopted me.”

As for his hometown, Jeremiah is from Ohio.

His distinct features include – brown eyes, arms covered with tattoos, and reduced hairline.

Apart from getting a reality star’s salary, Jeremiah’s source of income was from his mechs that featured hoodies, mugs, phone cases, masks, pillows, and t-shirts, that range anywhere from $14.99 to $38.99. Also, Jeremiah was available for booking appearances for various occasions and events. Furthermore, he was also on Cameo where he charged $60 for a request.

Previously, the reality star also had an eBay account where he sold various unique items. It was closed down as of April 2021.

Other than that, the guy took on no other jobs. According to Jeremiah Raber, the reason he didn’t get a job was that — he had no driver’s license, lived 6 miles outside town, and even if he started working somewhere, haters would be on top of him.

Jeremiah Raber’s first wife’s name is Naomi Stutzman. The two tied the knot back in 2005 and shared 6 years of married life and three kids. Also, Naomi appeared in a few of Breaking Amish’s earlier episodes.

“He was never shunned. He was spoiled rotten. Whenever we needed money for rent, he’d go crying to his mom, and she would pay our rent. I was Amish and left.”

Fast forward to 2019, Naomi accused Jeremiah again of owning her more than $10,000 in back child support. According to Jeremiah, he then hadn’t seen his kids for a long time and didn’t even know that his son got in an ATV accident. It seemed that Naomi chose not to tell Jeremiah that their son was life-flighted due to a UTV rollover that pinned him underneath.

The last we checked, he took a picture with his three kids back in Dec 2016. 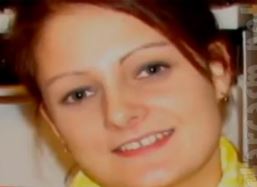 Are Jeremiah Raber And Carmela Mendez Still Together?

Yes, as of early 2021, Jeremiah Raber and his second wife, Carmela Mendez were still together. The two were seen over Jeremiah’s Facebook post on Valentine’s Day 2021, filming Breaking Amish together.

Jeremiah and Carmela first met through Facebook and got married in April of 2016. And just a year later, in April 2017, gossip floated around that Jeremiah was arrested for domestic violence. Rumors had that, Carmela had accused Jeremiah of striking and bruising her. But Jeremiah completely denied the allegation.

Although the duo reconciled in October the same year, Jeremiah alleged that Carmela was addicted to pain medication, and implied that she stole the money they got after selling their home.

Trivia: Jeremiah took it to his IG to express his condolence after Carmela’s mother passed away on March 29th, 2020.

How Many Kids Does Jeremiah Raber Have?

Jeremiah Raber shares three kids with his first wife, Naomi Stutzman. And as of 2021, he bears no child with his second wife Carmela Mendez.