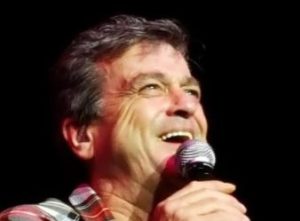 In this article, read about Les McKeown’s first wife, net worth, and kids. Likewise, discover his cause of death, height, and family.

Les McKeown Cause Of Death

On 22nd April 2021, Les McKeown’s social media broke the news about his death.

The family statement read— “It is with profound sadness that we announce the death of our beloved husband and father Leslie Richard McKeown. Leslie died suddenly at home on Tuesday 20 April 2021.”

It continued— “We are currently making arrangements for his funeral and ask for privacy after the shock of our profound loss. Thank you.”

At the time, the statement didn’t give out a cause of death.

The official Twitter profile of “Bay City Rollers” also confirmed the tragic news tweeting— “We are saddened by the news of Leslie McKeown’s death. Our thoughts and prayers are with his wife Peko and his son Jubei, their family, and friends. Rest In Peace, Leslie.”

Opening about Les McKeown’s passing away, his ex-manager, John MacLaughlan said— “She is heartbroken and called me from Les’ phone with the news. I picked up and thought it was Les wanting a chat. I’m still in shock right now, I spoke to him last week and he was on great form and happy about life and happy to book his tour.”

Additionally, John revealed— “He was hoping to get it all going again and he was one of the hardest working men in the music industry. We got on so great and he was great fun to be around”.

Meanwhile,  Stuart ‘Woody’ Wood, the former bandmate of Les, told— “I am upset and shocked to hear this very sad news. Les and I had our differences over the years but even though we had disagreements we are sending our heartfelt condolences to Peko [his] wife and his son Jubie and all the Bay City Rollers Fans. It’s a sad day in Bay City Roller history.”

Author Martin Knight, on the other hand, tweeted— “Shocked & saddened to hear #LesMcKeown has died suddenly. Lead singer & legendary, the cheeky heartthrob of #TheBayCityRollers, he captured young hearts like few others ever did & across the globe tonight thousands of middle-aged Mums will be shedding tears.”

Les McKeown was born to his parents: Francis McKeown and Florence Close.

Both Francis and Florence hailed from Northern Island; Florence from Banbridge and Francis from Ballymena. What’s more, the couple had tied the knot in 1949 and settled in Edinburgh, the birthplace of Les.

As Les recalled, his father worked as a tailor and perhaps inherited a sense of fashion from him. Meanwhile, his mother was a former member of the Belfast women’s choir and sang to him at home.

After his parents died, Les tried to connect with his family in Ireland. He also began drinking heavily. The singer even convinced himself that his alcoholism began as a result of the tragedy. By his admission, they played an important role in his success.

Opening about his parents, Les once shared— “My parents were such a part of it all. Mum had the most amazing falsetto voice, and that’s who I think I got my singing ability from. She loved the fact she continued to get letters and cards from fans of mine from all over the world. And even though dad was deaf and couldn’t hear any of the Bay City Rollers’ hits – which I used to joke with him was a blessing – he loved me being in the band. Long after the heyday was over and I was depressed, he’d tell me to get a band together again and try and write another hit.”

In his family, Les had 3 big brothers for siblings.

At the time of his death, Les’s Instagram @lesmckeownuk had 4.1K followers. Meanwhile, his Twitter had more than 9.K followers.

From his career, Les McKeown must’ve accumulated over $1 million.

With Les as its lead singer, “Bay City Rollers” peaked in the 70s scoring hits like “Money Honey,” “You Make Me Believe in Magic,” and “Bye Bye Baby.”

Was Peko Keiko Les McKeown’s First Wife Or Only Wife?

When he passed away, Les McKeown left behind Peko Keiko, perhaps his only and first wife.

Les and Peko tied the knot in 1983, 5 years after meeting in a restaurant in London. He and his Japanese-born wife also went on to have a son named Jubei (b. 1984). 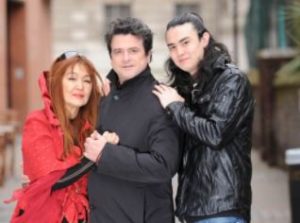 Opening about his marriage to Peko, Les once shared— “God knows why she’s put up with me for this long, she could have kicked my arse right out the door a long time ago. We went through a bit of a rough patch but then we got back together again and everything is good now, I don’t want to change things around in my life now. I met her in 1978 and we’ve been going out ever since, how long is that?”

While alive, Les was open about ex-martial gay affairs. Beyond infidelity, Les also indulged in heavy consumption of drugs and alcohol. As a result, his marriage to Peko suffered. By his admission, honesty and a four-month rehab stint saved their relationship.

For her part, Peko always accepted Les’s sexuality. She once shared— “I’m glad you’ve told me because always I’d wondered. I’d guessed but I was not sure. This is my husband – my family. We are cool.”