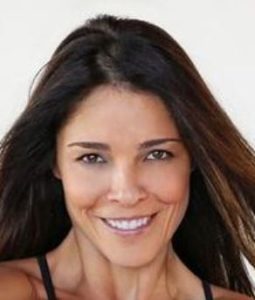 If you are a real fan of the famous reality show The Real Housewives of Orange County, you might remember Fernanda Rocha from season 6 way back in 2011. Well, it seemed Fernanda was back in the RHOC circles in 2021 as she was cozying up with Braunwyn Windham-Burke.

Read this Fernanda Rocha Wiki and her relationship with Braunwyn Windham-Burke.

Let us start with the basics, i.e. her age and her birthday. According to her Instagram, Fernanda Rocha celebrated her birthday every year on February 15. And so, her zodiac sign was Aquarius.

Originally, Fernanda was of Brazillian nationality. She wanted to be a fitness expert from an early age and went to Brazil’s one of the top universities, Universidade Federal de Minas Gerais, to study health and physical education.

She graduated with a Bachelor’s degree in Kinesiology and Exercise Science. Shortly after graduation, at the age of 23, she moved to the US leaving all her family and friends behind. She did not even know enough English at the time.

She was, however, still emotionally connected to her family in Brazil.

Fernanda Rocha stands at a height of 5 ft 6 inches. Among her other physical features, she had dark hair and brown eyes.

Fernanda Rocha had arrived in the US with only a suitcaseful of clothes and in almost 20 years (i.e. by 2021) she had amassed a net worth of $1.5 million.

As we have already mentioned, Fernanda Rocha was interested in the fitness field from a very young age. After finishing her education in Brazil, she briefly worked for various fitness programs in Brazil.

She had founded her fitness program development company called Jinga Fitness, Inc., which worked to develop programs for many fitness clubs. After she moved to the US, she continued working with fitness clubs in the US to develop workout plans.

After a couple of years in the US, in 2003, she opened her own fitness club in Laguna Beach, California called Art of Fitness. The club is still running for over 18 years and Fernanda is still the co-owner of the club.

Apart from being a fitness expert, Fernanda was also an actress and reality TV star. She had appeared for about 12 episodes of The Real Housewives of Orange County during the 2011 run of the show. She was a friend of Tamra Judge, a regular cast of the show.

Fernanda had a decent following in social media, considering that she was a reality TV celebrity only for a brief period.

Fernanda Rocha is the first openly gay cast member of the show. However, there was a time when she really struggled with her sexuality. In fact, she was once closeted and married to a guy.

As she started to come to terms with her sexuality, Fernanda divorced her husband. So far, we do not know the name of her ex-husband. After her divorce, Fernanda found her first actual love, Marian Keegan. She got married to Marian soon after. They remained together for some years.

Eventually, Fernanda had to part ways with her first wife. However, the parting was somewhat amicable as the two of them still co-own Fernanda’s fitness club Art of Fitness.

Fernanda’s second wife was Lesli Matta, a photographer, and stylist. We do not know when the two of them started dating. But they got engaged in December 2013. We do not know what happened to their relationship afterward.

The most likely scenario was that they got divorced as the April 2021 reports talk about a budding relationship between Fernanda and Braunwyn Windham-Burke.

However, according to The Sun, Fernanda Rocha was previously married to a woman named Tessa Rocha. She reportedly filed for divorce from his now-former wife, Tessa Rocha January 13th, 2021. Tessa and Fernanda were together for about 6 years.

More about Fernanda Rocha’s wife: Tessa Rocha is a solutions consulting director. She is a resident of Los Angeles.

When Fernanda first appeared on RHOC, back in 2011, she was the first openly gay cast member. Almost a decade later, Braunwyn Windham-Burke, one of the housewives of the show, came out as gay.

And the coincidence of all coincidences was that there are reports that the two, Fernanda and Braunwyn, were cozying up, hanging out together a lot, traveling to Miami together, and so on.

Braunwyn was previously married to Sean Burke, a businessman in California. Braunwyn and Sean were married for almost 20 years, and they had seven kids together before she came out as gay.

Even after coming out, Braunwyn decided to remain married to Sean, as they had built a life together. After coming out, she briefly dated a woman called Kris. And Sean was aware of Kris and her relationship with his wife.

And now, of course, Braunwyn seemed to be enjoying her life by not being in a “mutually exclusive relationship” with Fernanda Rocha.

In June 2021, Braunwyn confirmed their romance to every major publication. Speaking to Page Six, she labeled Fernanda “beyond amazing”. Braunwyn also credited Fernanda for helping her navigate her coming out.