Home Entertainment@GirlWithGreenBeanie Wiki — All About The TikTok Star

@GirlWithGreenBeanie Wiki — All About The TikTok Star 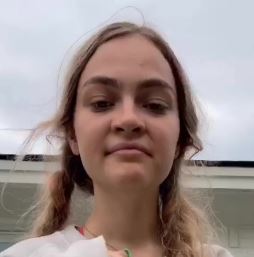 Rocking a green beanie, she rocketed to online popularity. Her skits on TikTok became as popular as the apparel on her head.

Continue reading and know the real name of @GirlWithGreenBeanie. Additionally, discover her dating status, net worth, height, and family background by going through the TikTok sensation’s wiki!

On TikTik, @GirlWithGreenBeanie went by the moniker “Professor Finesser.” Her real name, meanwhile, is Katie Kelly.

Katie’s parents had bestowed her with the real name Katherine Grace Kelly. Interestingly, details concerning the influencer’s family — including the name of her siblings — escaped everyone.

As of 2020, Katie Kelly didn’t own an official bio. As a result, extracting her date of birth and birthday was impossible. That said, she seemed to be in her early-20s — based on her videos.

Reportedly, the TikTok star hailed from Arlington, Texas. As such, she held American nationality while embracing Caucasian ethnicity.

@GirlWithGreenBeanie launched her TikTok account in 2019. By April 2020, she had accumulated 20 million likes and 764 thousand followers.

On the other hand, the rising influencer didn’t seem active on Twitter and Instagram. She, however, a profile on poshmark.com.

Before TikTok fame, Katie Kelly starred in a couple of movies and TV shows. Playing the role of Lucy, she made her acting debut with the 2011 flick “Language of a Broken Heart.” Her other credits included performances on “Game of Silence” and “A Gift Horse.”

By 2020, she was working on multiple projects including “Sno Bunnies,” “The Retaliators,” and “Deadly Cyber Bully.”

Early in her career, Katie took several modeling gigs. But once she discovered acting and her love for comedy, everything changed.

As told on one of her TikTok videos, the green beanie she donned was a part of her online persona. She explained,

“The beanie is part of the character i do for tiktok.. I’m not this vibey 24/7 unfortunately … beanie on? Beast mode: Activated,”

According to Katie, she purchased the beanie from Target for $6.99. Furthermore, the rising influencer once expressed her plan to launch a line of lime green beanies.

As of Spring, there existed zero reports linking @GirlWithGreenBeanie to anyone deemed a boyfriend material. Nonetheless, she seemed private about her dating life.

0 Replies to “@GirlWithGreenBeanie Wiki — All About The TikTok Star”