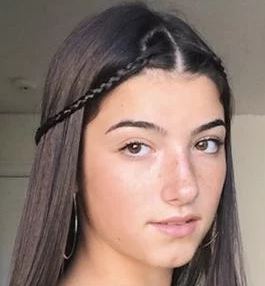 Posting original montages, lip-syncs, and choreography on TikTok, Charli D’Amelio skyrocketed to international fame in 2019. By mid-May 2020, the social media sensation had 55.8 million followers on the platform.

Discover Charli’s net worth details, dating status, and family background by reading along!

On 1st May 2020, Charli D’Amelio celebrated her 16th birthday. Concerning zodiac sign: the Norwalk, Cincinnati-native is a Taurus.

Marc and Heidi D’Amelio are Charli’s biological parents. Meanwhile, she is siblings with fellow TikTok sensation Dixie D’Amelio who had amassed 20.1 followers (April 2020) on the platform.

Not only are they their daughters’ biggest supporters, the D’Amelio sisters’ mom and dad happen to be the duo’s most outspoken promoters. Marc — Charli and Dixie’s father — appeared on the NBC News and spoke highly of the two.

Back in January 2014, Marc was arrested for driving under the influence with then-9 years old Charli in the car. Upon his arrest, Papa D’Amelio told the officers that he was teaching his daughter lessons about helping people by distributing casino winnings.

Per reports online, Charli attended private school in her hometown. In an awareness video for UNICEF, she and sister Dixie opened about facing cyberbullying as an elementary and high school student respectively.

The Hype House, Height, Net Worth

In June 2019, Charli D’Amelio launched her self-titled TikTok channel. By November, she had already held her first meet-&-greet in Connecticut.

Over on Twitter, some 1.7 million people (mid-May 2020) followed Charli. Around the same time, her Instagram followers count read: 18 million.

Reaching out to fellow social media sensations, Charli collaborated with the likes of Maximo Rivano, Ondreaz, and Tony Lopez. In 2019, she joined the influencer collective “The Hype House.”

More good development followed in 2020. January that year, Charli signed with the prestigious talent agency UTA. For a Super Bowl challenge, she danced alongside Jennifer Lopez — her childhood idol.

At age 15, Charli stood a little beyond five feet & six inches in height. Meanwhile, her net worth rested at and around $2 million-plus mark.

Charli and sister Dixie exited from “The Hype House” in late-Spring 2020. A close source to the D’Amelio siblings shared they were still friends with the members of the group. 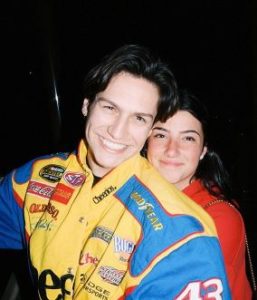 Coming to the meat of the article: Charli D’Amelio’s dating life surfaced for the first time circa 2019. December the same year, she made her relationship with Chase Hudson Instagram official.

Two years her senior, Charli’s boyfriend Chase joined the collective “The Hype House” around the same time she did. The collaborators-turned-lovebirds were featured on each other’s channels.

Fast forward to Feb 2020, Charli and Chase were still together and going strong. On Valentine’s Day, they posted each other on Instagram.

Like every other good thing on Earth, Charli’s romance with Chase also came to a tragic end. In mid-April 2020, the pair announced their split via Instagram stories.

Despite the split, Charli stated that she and Chase were still good friends. Admittedly, the TikTok sensation wanted to process the breakup and wished not to speak on it.

Mattia Polibio gained prominence with the help of the social media platform TikTok. The famous TikToker...