Who Is The Third Lopez Brother? Tony & Ondreaz’s Sibling 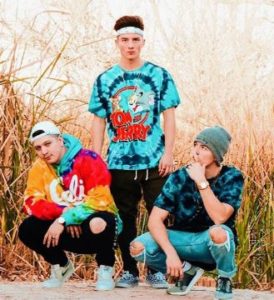 TikTok dominated the social media stratosphere in 2020. Among the many influencer types born on the platform, the Lopez Brothers stood out for multiple reasons. Interestingly, the duo’s sibling — the third Lopez brother as fans love to call him — was still an enigma.

To know about the lesser-known Lopez sibling, read the piece below! But first, let’s talk about Tony and Ondreaz and their social media reach.

Who Are Tony And Ondreaz?

The youngest of the three brothers, Tony Lopez was born on 19th August 1999. What’s more, he was romantically linked with fellow influencer Charli D’Amelio, Nikita Dragun, Sofie Dossi, and Addison Rae. In February 2020, Tony made headlines after his nudes got leaked online. A few months earlier, he had joined The Hype House.

A fellow Hype House member, Ondreaz Lopez was born on 4th April 1997. Reportedly, he is the middle child — older than Tony and younger than the third Lopez brother. Tony was once in a relationship with a girl named Lana.

Who Is The Third Lopez Brother?

Coming to the meat of the article, the third Lopez brother is Xavier Lopez. As stated above, Xavier is the eldest of the Lopez siblings.

Xavier occasionally popped up on Tony and Ondreaz’s social media posts. On his own, he accumulated 73.2k followers on Instagram by June 2020. Elsewhere on TikTok, Xavier garnered 7 million likes and 511.5k followers on the platform.

Beyond social media fame, Xavier enjoyed fatherhood. Going by his IG and TikTok posts, he and his partner Marlene Davila shared a son.

In March 2020, Xavier and Marlene celebrated their sixth anniversary. To mark the milestone, he took to Instagram and penned a long caption. In a separate post, Xavier labeled her “my partner in crime.”

Going by the pictures on his Instagram, Xavier seemed like someone who was in his 20s. What’s more, he didn’t appear any taller than 5 feet 10 inches in height.

Nikita Dragun is a beauty guru and makeup artist. She is also known as Mama Dragun. What’s more, Nikita...

Tony Lopez is best recognized as a TikTok celebrity famous for dance videos which earned him millions of...

As of lately, TikTok is taking over the world by storm. With millions of users active daily on the app, its...

0 Replies to “Who Is The Third Lopez Brother? Tony & Ondreaz’s Sibling”