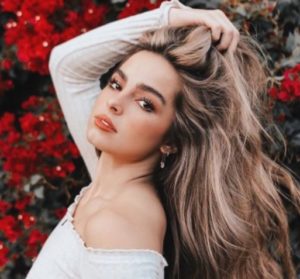 Tik Tok thrived so much over the last years, its impossible to get through your feed without stumbling upon a Tik Tok user. Addison Rae, a name celebrated amongst the Tik Tok users, drove into the limelight with her short lip-sync clips. She aspires to be the top Tik Toker and inspire her followers to positivity.

It was like a bolt out of the blue when her first video in July 2019, got a stunning 93,000 likes over a short time. It inspired her to keep going.

Shortly after, she began making videos with her mother. It was also one of the main reasons for her videos to blow up. Fans began to recognize her all over the world as the Tik Tok girl.

Know more about this Tik Tok star’s life story behind the camera.

Born to Monty Lopez and Sheri Easterling, Addison grew up in Lafayette, Louisiana USA alongside her two brothers. Both her parents were supportive of her and were seen making a frequent appearance in her Tik Tok videos.

Interestingly, Addison took up her mom’s surname while her baby brothers used Lopez (dad’s) as their last name. Neither she nor her family spoke on the topic.

As beautiful as she was, Addison expressed that she is blessed with her mother’s genes.

Her mother, Sheri Easterling, even by the age of 40 looked younger than ever. She owned a TikTok account of her own named @sherinicolee which had gained over 8.4M followers by 2020.

Sheri is not only an internet sensation with her daughter but also a photographer and an engineer.

Addison was a cheerleader and also attended the Universal Cheerleaders Association all-American camp in June 2018. She participated in athletic activities like softball, volleyball, and gymnastics during high school days.

Moreover, Addison always loved to dance to slow jazz music and also trained for it. As of 2019, she was part of the Shreveport Dance Academy team.

Addison once told James Charles she ditched Louisiana State University to join Hype House. In the same interview, she told the makeup artist she wanted to become the next Erin Andrews.

With rising popularity, Addison was signed under the management of Michael Turney Agency. She stood as a brand ambassador for many brands and also modeled for magazines.

Addison Rae had a dozens Tik Tok of videos with the fashion sensation, Bryce Hall where they can be seen dancing to love songs.

Tic Tok fans longed for Bryce to be the boyfriend to Addison. But both always seemed to dodge the question about their dating life. 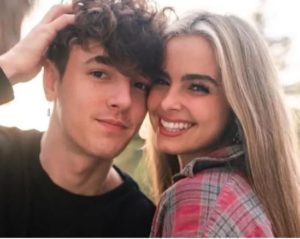 On January 19, 2019, to fans’ dismay, Bryce confessed Elle Danjean to be his girlfriend. He also claimed, Addison and he was never romantically interested in each other.

In an interview, Addison added,

“We love each other so much and we love being around each other and we’re super good friends, for now, it’s best that we stay that way.”

Furthermore, Addison was thankful for her fans, being concerned about her private life.

You May Like – Ric Ocasek Cause Of Death, Wife, Net Worth, Children

Addison Rae was mostly seen hanging out with the Hype House member, Dixie D’Amelio — sister of Charli D’Amelio. The rumors about Addison being a lesbian soon echoed around the Tik Tok community.

However, fans shipped Addison and Dixie’s alleged romance but the rumor remained unaddressed by early 2020.

In the Summer of 2020, rumors about Addison Rae’s death gained traction after she didn’t post anything on her social media for days. A gossip site even published a fake death report.

Per the stated rumors, Addison had passed away in hospital after drowning.

Addison squashed the rumors by issuing an apology for sharing an “All Lives Matter” social media post.

Quinton Griggs is an American social media star mostly famous on TikTok for his Lip-sync, dance, and POV...