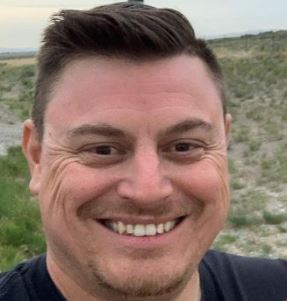 Apart from Gen Z stars like Charli D’Amelio or Addison Rae who rule the TikTok world, there are also older content creators on the platform like Georgia Landscaper who equally shared their popularity.

But with stardom, came dramas and controversies. In May 2021, Georgia had his fair share of altercation with other members of Content Violation; and he wasn’t having any of it.

So, what happened? Learn all about the drama as this Georgia Landscaper wiki proceeds, and also get to know all about his personal life by the end.

It was 2021 when Georgia Landscaper went on a tour dubbed the Content Violation Tour. However, the drama didn’t unfold until Georgia left the group, and started beefing with Ride Along (other Content Violation members).

A Ride Along member, @Officer_Eudy addressed the drama stating that dating back several months, Georgia started doing stuff that was “unethical, immoral, and not what we stand for as a group.” So, Georgia was approached by their agent and advised to take time off.

Also, he added that the Ride Along members wanted Georgia to get his “mind right” and “come back in the right mindset,” after “taking care” of himself.

But Georgia had a different script. He shared that he was “kicked” out of the group, and what @Officer_Eudy said was “a load of (poop emoji).”

However, Georgia had the heart to forgive them and mentioned “you guys are not gonna live rent-free in my head.” He added, “I forgive all the people that have blocked and unfollowed me and said hateful things to me over something that you were told, not anything that you witnessed. I’m gonna go enjoy the rest of my day.”

It seems that no bad blood was brewing between the content creators.

Corresponding to his birthday, Georgia is of the Aquarius zodiac.

Georgia Landscaper stands tall at a height above 5 feet 10 inches and weighs at least 85 kg (187 lbs).

Mentioning his distinct features, Georgia has brown eyes, a square face, and a tattoo over his left arm. Initially, Georgia had “THUG” inscribed over his arm, which he thought was a “mistake”. So, he covered it up with a lion/rabbit/cross tattoo.

The TikTok star, Georgia Landscaper’s real name is Tim Shipman. He hails from Griffin, Georgia, and was living in 801 Locust Grove Ga 30248 as of 2021. Before that, he has resided in places like Jackson, Concord, and Yatesville in GA.

His TikTok then entertained 925.9K followers, and his Youtube channel had 10.7K subscribers.

Trivia: Georgia once had an imposter IG account under his name in 2020 which reportedly sold merch to his fans.

Georgia Landscaper’s net worth was over $1 million as of 2021. The TikToker then was flooded with multiple sponsorship deals and had his own line of mech which featured hoodies, tees, cups, and bags ranging anywhere from $6.99 to $40.99.

Also, he was working with Kore Organic as well.

When Georgia was not on TikTok, he worked as an operator at his self-owned clearing and grading company Mid Georgia Scapes. Reportedly, he opened the company back in 2008.

In light of his education, Georgia graduated from Griffin High School and went on to study Fire Science/Academy at GPSTC.

If you want to support Georgia, you can fund him over “cash.app” @thegeorgialandscaper, and “Venmo” @MidGeorgiaScapes.

Georgia Landscaper didn’t have a wife as of 2021. However, he did have a girlfriend named Alyssa Eubanks who was often featured over his socials. The last we saw them, the duo went on a trip to the Appalachian Trail.

In May 2021, Alyssa was rumored to be in desperate need of money, and a few Georgia’s fans questioned him why wasn’t he helping her. To which, Georgia cleared that the rumor was false, and another fan mentioned that in fact, Alyssa wanted fans to help Georgia and shared his Venmo account (not hers).

The TikTok star is also a father of two kids. His oldest daughter graduated high school in July 2020.