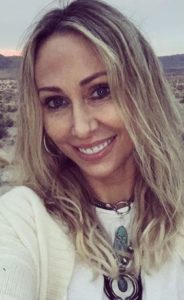 Tish Cyrus is better known as an executive producer of multiple TV shows. In addition to that, she also produced The Last Song (2010), coming-of-age romantic film starring Miley Cyrus, her daughter.

This wiki-style article brings you details on Tish Cyrus, mother of one of the biggest pop star Miley Cyrus.

Leticia Jean Finley AKA Tis Cyrus was born on 13 May 1967. She was born to Glenmore Finley, father, and Loretta Jean Palmer, her mother.

Leticia’s parents raised her in Nashville, Tennessee, the United States.

For a hot minute, Tish was also credited in Miley Cyrus: Mother’s Daughter (2019) and TV show Doc (2001) for her acting prowess.

You May Like – Amanda Ensing Boyfriend, Married, Net Worth, Height

Getting into her possessions, she owns the renovated property in Nashville, Tennessee. It supposedly was a guest house made especially for Miley.

The property spreads over in the 3000 Sq. feet area.

Tish’s total net worth is estimated to be about $20 million.

Tish found her other half when she met country singer/songwriter, Billy Ray Cyrus. They met each other in 1991. 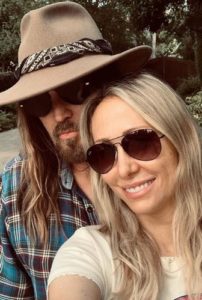 Tish and Billy together on 15 September 2019. (Pic: Tish Cyrus Instagram)

The couple have three children from their marriage. Miley Cyrus, their firstborn, Braison Cyrus, their second, and their youngest daughter Noah Cyrus born on 8th January 2000.

But, the marriage of Tish and Billy showed some sign of frailty when Billy filed for divorce. The proposal was withdrawn after five months.

In 2013, divorce was filed again but it was Tish this time who did it. But just like the first, they called it off again.

Before Tish and Billy met each other, Tish was married to Baxter Neal Helson. They went as far as getting married and having two children, Trace Cyrus and Brandi Cyrus.

The marriage ended in divorce with Tish winning the custody of her two children.