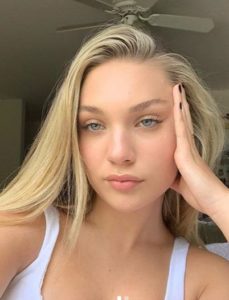 This wiki-style article unfolds the life of Maddie Ziegler so delve into it.

Maddie Ziegler was born to Melissa Ziegler-Gisoni and Kurt Ziegler on 30 September 2002. Maddie was raised along with her sister Mackenzie Ziegler till her parents got divorced in 2011.

Maddie enrolled in Sloan Elementary School until her parents got her homeschooled. She and her family are Murrysville, Pennsylvania-native.

Talking about her family, they owned a mortgage company. Her mom after divorce, married Greg Gisoni, a vice-president at Westinghouse Electric company.

On the career front, her mother too was a dancer who starred in Lifetime’s Dance Moms (2011).

Getting into career endeavor, Maddie owes Melissa, her mom, a lot for getting her signed up for a dance class. All the worldwide fame she achieved was concreted by the dance lessons she took as a child.

She enrolled in Abby Lee Dance Company at the age of four. She was exposed to multiple forms of dances such as tap, contemporary, ballet, aerial dance and others, most of which can be seen in her style and form.

Maddie Ziegler is co-starring with Kate Hudson on Music (2020), the upcoming Sia biopic.

With her earning flowing in from diverse career paths, her net worth was estimated to be $5 million as of February 2020. 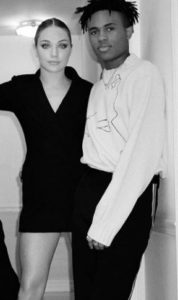 Maddie and Kailand together on 24 February 2019 (Pic: Maddie Ziegler’s Instagram)

Allegedly Maddie and rumored boyfriend Kailand met each other on the set of Dancing With The Stars: Juniors.

Neither of the couple has confirmed the relationship as of February 2020. The frequency with which they had been seen on each other’s Instagram handles pointed out that something was going on in between.