In this Shonnie Thomas wiki, you will find everything you need to know about the realtor including her age, height, etc. Read along, dear readers!

Shonnie Thomas On Battle On The Beach

Battle On The Beach premiered on 11 July 2021 and the other two competing couples, apart from Josh and Shonnie Thomas, were Darryl and Sunjay Williams, and Kerry and David Kersh.

Apart from the competing couples, the show also features a high-profile cast of people such as Alison Victoria, Ty Pennington, Mike Holmes, Mina Starsiak-Hawk, and Taniya Nayak. Mike Holmes and Mina Starsiak-Hawk will be the judges on the show and Alison Victoria, Ty Pennington, and Taniya Nayak will be the mentors.

According to HGTV‘s website “Each week, the teams will execute a renovation challenge with results that impress star judges… Ultimately, the team who adds the most property value will win a $50,000 cash prize earmarked for the champion’s next flip.”

Furthermore, because she was born on the 5th of November, her zodiac sign is Scorpio.

Shonnie Thomas is a North Carolina native before she moved to live in Dallas, Texas. Her hometown is Charlotte. Her maiden name was Shonnie Jones and she was born to her father Donald Jones. We could not find the name of her mother.

Apart from her parents, Shonnie had three siblings in her family. She has a brother, Dareen Shemar, with who she is very close. Dareen is married to a woman called Kamryn Jones. Shonnie also has a sister called Darnette Jones Hoag and another sibling, whose name we could not find out. Darnette is an adult case manager at Awaken and also a certified health coach.

Darnette and the unnamed sibling might have been her half-siblings. Shonnie’s father Donald Jones has four children but we do not know if all the children were from the same mother.

Shonnie Thomas stands at a height of 5 ft 4 inches. Moreover, she has black hair, which she sometimes wears straight and sometimes in braids, and brown eyes. She also has a rather charming smile.

Until July 2021, Shonnie was present on many different social media platforms but her popularity was still in its infancy and yet to grow to a significant level. Also, in most of the social media, Shonnie had profiles that were not her personal profiles but a couple’s profile with her husband.

For example, Shonnie Thomas and her husband were present on Instagram as @joshandshoniiexo and had 161 followers. Similarly, they had a Facebook page @JoshandShoniieXO with 177 likes and 193 followers. They also had a joint Youtube channel called Josh and Shonnie that had 119 subscribers.

Shonnie is a realtor and worked at United Real Estate in Dallas, Texas with more than $750K Net Worth. She has seven years of experience in the real estate business. With her husband, Shonnie also has her own real estate business called The Thomas Team, which has its own website.

Real Estate career had also earned Shonnie a chance to appear on TV. Shonnie and her husband were selected by HGTV to participate in a new show called Battle on the Beach. Shonnie also had her own IMDb profile.

Before embarking on the real estate career, which led her to Battle on The Beach, Shonnie had studied political science at the State University of New York at Buffalo. And after that, she started to do legal studies, but she did not pursue her career in law. Previously, she had gone to Canandaigua Academy.

Shonnie Thomas is married to an American football cornerback Josh Thomas. Josh Thomas played in NFL for over five years between 2011 to 2015. He played for several teams in his short career like the Carolina Panthers, Seattle Seahawks, Dallas Cowboys, Detroit Lions, and a few more. He started and finished his career with Dallas Cowboys.

Josh and Shonnie first met when both of them were studying at the University at Buffalo (State University of New York at Buffalo or SUNY). Josh also played college football for SUNY. They dated for a while in college but they broke up afterward. Josh went on to play football professionally and Shonnie went to study law.

They met a few years later, rekindled their romance, and got married in April 2012. In their over 8 years of marriage, they had two kids, a son named Dallas and a daughter named Dot. 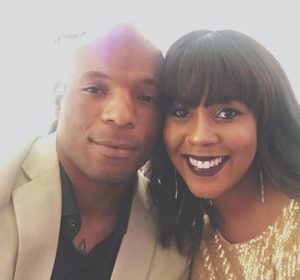 You can discover more about Josh and Shonnie’s romance in Battle on the Beach.