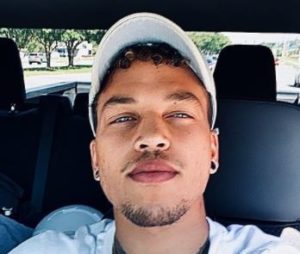 The tattooed suave, Korey Gandy was already piling fans over Love Island USA season 3. Stepping up from his popularity over TikTok, Korey was all set to take away the stunning $100,000 cash prize; or at least find his soul mate before he left the show.

But who is he? Stay with this Korey Gandy Wiki to find out.

We agree Love Island’s inaugural season might not have been the best, but the show certainly stepped up its game on its second installment. And now, that season 3 is here, fans have high hopes that the cast will uphold the season 2 standard.

Like the previous season, Love Island season 3 will abandon its usual paradisiac aesthetic due to the COVID-19 restrictions. Reportedly, its filming location was set to be at a huge resort in Hilo, Hawaii.

As per CBS, the show’s season 3 will premiere with a special 90-minute episode on July 7, 2021. Arielle Vandenberg and Matthew Hoffman were reportedly its returning host and narrator.

Due to a global pandemic and lockdown, the dating drought was the very reason almost every contestant was on Love Island. However, that didn’t seem to be the case for Korey Gandy. Our sources tell that Korey previously was in a relationship with the Waitress of Hooters at Virginia Beach named Brookelle Byrd-Sabir.

Korey and his now ex-girlfriend were confirmed to be together until late 2019. But we have no information on when or how the two broke up.

Trivia: Brookelle was spotted with Korey at her hooters Christmas party 2019.

As per his birthday, Korey is of the Leo zodiac.

What Is His Ethnicity?

Korey Gandy flaunts a mixed ethnicity. His father is African American while his mother is White.

Love Islands star, Korey Gandy was born to parents, Lorenda Loving and Anthony Gandy. His mother Lorenda works as a consultant at Pure Romance by Lori while his father Anthony is a certified aviation maintenance technical engineer.

Also, Korey’s father Anthony who hails from Queens, New York, went by the name “Tony”. He moved to Virginia Beach, Virginia as a child where he completed his education at the First Colonial High School.

Talking about Korey’s siblings, he has three brothers and two sisters. They are: 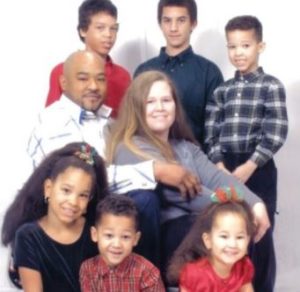 Mentioning his distinct features, Korey has hazel eye color, and an intimidating body filled with tattoos. And obviously, Korey worked hard to obtain his physique. But what you might not know is that he even participated in the 2020 Arnold Amature bodybuilding contest. He was listed under the 30 participants that were included under class D.

Apart from bodybuilding, Korey was also interested in boxing. He partook in a few boxing matches circa 2014.

Before joining Love Island USA, Korey Gandy worked as a branch manager at Enterprise Rent-A-Car at Virginia Beach. Reportedly, he started working as a rental car agent in Jan 2016.

Before that, Korey ventured on the job of sales representative for over two and a half years.

As of 2021, Korey Gandy resided at Virginia Beach, VA. His net worth then was around $350 thousand.

Just in case you are curious, an enterprise branch manager’s average income was around $55 thousand per annum in 2021.

Korey also reeled in a few bucks from his time over Onlyfans @korey_gandy. However, his subscription was free then.