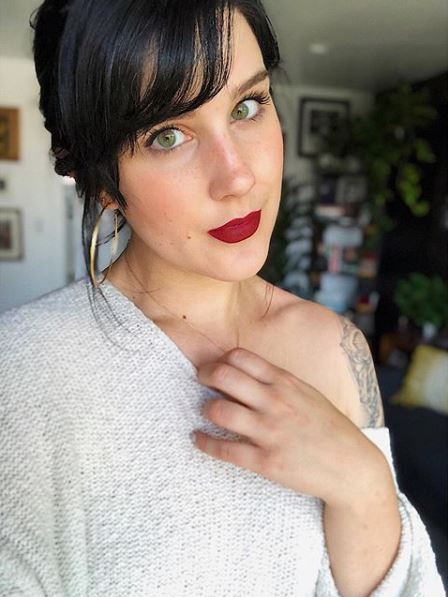 Arryn Zech is a Spain-born American actress best known for her portrayal of Blake Belladonna in RWBY.

RWBY, pronounced “Ruby”, is a web-animated series and media franchise and Arryn was one of the lead voice actresses.

Here’s what you might not yet know about this young and gorgeous artist.

Arryn Zech was born in Rota, Spain. Yet, she spent most of her life in Austin, Texas, the United States.

She grew up celebrating her birthday every year on the 4th of October. This makes her zodiac sign, a Libra.

Her father is a cyclist and amateur photographer and her mother, according to her social media bio, is a romance author.

Arryn who grew up in two different nations is however yet to reveal her ethnicity. Also, there were no details found about her siblings, in case she has one.

Arryn Zech stands at a height of 5 feet and 7 inches. At some point in life, she weighed 58 kg and her body measurement was 33-24-34 inches.

What’s more, the stunner boasts a similar tattoo of a combination of Orchid, Belladonna plant, Texas Mountain Lauren, and Lavender, with her dad.

Time and again she was found streaming games on Twitch. The voice actress with followers of 5.5 thousand followers on it seemed to be keeping her spirits up at the time of Coronavirus pandemic.

Arryn Zech is noted for her appearances in the TV shows Rooster Teeth Shorts, Lethal Weapon, RWBY Chibi, Showverse, and the movie Lazer Team, amongst a few other projects.

She attended the North East School of Arts high-school in San Antonio, Texas, where she majored in Musical Theatre.

Meanwhile, for the net worth, Arryn had hoarded $800 thousand worth of property.

Arryn holds a Journalism degree from the University of Texas at Austin. And with over ten years of training in theatre, various acting methods, and classical voice, she went L.A. pursuing her career in voice-over, film, and television.

Arryn Zech dated director and filmmaker, Miles Antony Luna, known for writing and directing Red vs. Blue and RWBY. Although Arryn proclaimed her amicable separation with Miles when Arryn decided to leave for Los Angeles.

After Miles, Arryn dated Australian-Filipino teen-actor, Bob Morley. The couple was relatively low-key and were rarely seen together in public. 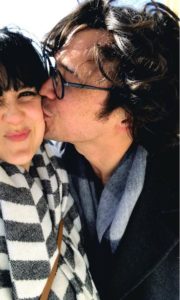 Arryn Zech and Bob Morely, back when they were an item (PIC: Arryn IG)

The two were in a relationship for more than three years and they lived together, until their parted ways on 2019’s Valentine’s Day.

Then on the 3rd of July 2020, Arryn went to vent her emotional story on Twitter.

She spilled how Bob “emotionally and verbally” abused her while they were in a relationship. This is an excerpt from her very Twitter statement—

“When he found out that I am bisexual, he was furious. Saying things like I would obviously never be enough for him, that I wanted to be with women, or that I’d cheat on him. After that day, I brought up my sexuality again. I was silenced and afraid it would just set him off.”

In addition to the mistreatments, Arryn blamed Bob on having an affair, for at least 6 months before their split, with Bob’s current wife Eliza Taylor.