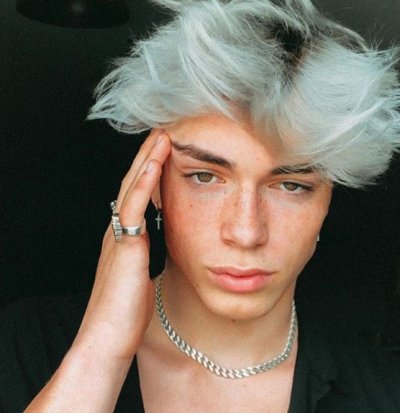 Quinton Griggs is an American social media star mostly famous on TikTok for his Lip-sync, dance, and POV videos.

He began uploading content on TikTok during mid-2019. His video titled “Since its national girlfriend day” was a big hit and thus commenced his popularity. The concept of videos was based upon the 2019’s Ride It by DJ Regard.

Here’s what you may not yet know about your social media heartthrob — from his net worth to parents info. Also, tag along and find about the gay rumors and his girlfriends!

Age 16, in 2019, Quinton Griggs was born in the year 2003 in North Carolina, the United States. He grew up celebrating his birthday every year on 8th September. Therefore, his zodiac sign is Virgo.

Several other media outlets described Quinton Griggs’s ethnicity as “white.” Although they never mentioned any supporting facts on it.

And for some reason, Quinton too kept his personal life somewhat a mystery. Therefore no details on his parents and siblings were kenned.

Quinton Griggs, in his slim built, stands to a height of 5 feet and 7 inches (1.70 meters). He weighed 66 kg (145.5 lbs) and appeared dapper for his age. His eye color is a beautiful hazel, and his hair color was dark brown.

A brief look over his social media gallery suggested he had a thing for long earrings, tattoos, dying hair, and capturing selfies.

Until 31st May 2020, Quinton Griggs had 4.5 million followers on his TikTok account. His videos collectively received 149.4 million likes.

Same way, he had a significant presence on other social media platforms such as Snapchat, Instagram (1.1 million), and Twitter (155.3 thousand). 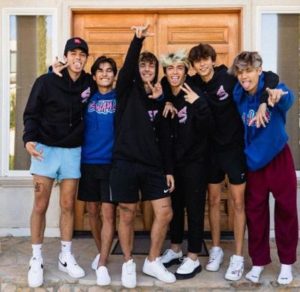 By the time this piece was being written, he had either endorsed or promoted multiple brands. A few of which were Hollister Co and The Vintage Twin.

Additionally, at some time, he started his line of apparel under the name “Quinton.” One can reach his merch store even online.

For the net worth, he reportedly collected an estimated sum of over $650 thousand.

On 29th May 2020, a twitter handler shared a picture of Quinton Griggs, where Quinton wore a red hat, and the writing on it read “TRUMP2020”.

This is all we knew at the time about Quinto supporting the United States president Donald Trump.

On a YouTube video dated 22nd of April 2020, Quinton Griggs was seen curtly speaking: “Yes, I am single.” This appeared to be an excerpt from one of his live chat with his social media followers.

Before this, there were pretty big speculations about Charli D’Amelio being his girlfriend. Charli, like Quinton, is a rising social media star.

Then again, there circulated rumors about Quinton cheating on her. However, the duo never officially addressed any of the fan-tales.

Likewise stayed the truth on his sexual orientation, him being gay— unaddressed.