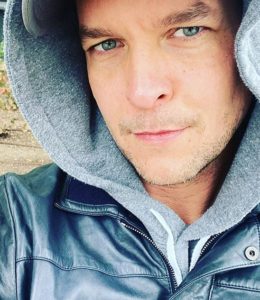 90 Day Fiance’s Tom Brooks had some explaining to do to his love interest of season 3, Darcey Silva. The relationship between the pair took an interesting turn when he regarded the relationship as siblings.

This wiki-style article explores personal info of Tom Brooks, his career in business, and his relationship status along with details on his girlfriend. Also, continue reading to become acquainted with his net worth, jobs, and height!

Tom Brooks was known for maintaining a very private profile. No wonder, it was hard to unearth his exact date of birth. Going by the looks, Tom appeared to be in between the late ’30s and early ’40s. Though few entertainment news portals remarked on him being 40 years old as of April 2021.

Tom was born to his anonymous parents in Nottingham, England.

Like his info, details on his parents have eluded the public eyes as much as his info did. Despite the privacy, his social media account hinted at a close relationship with both his father and his mother.

At times, he even mentioned them being the best parents he could ask for.

Tom Brooks was a sibling to his anonymous younger sister.

Getting into his educational pursuit, he went to Farnborough Academy and graduated from the same in 1996. Following graduation, he attended High Pavement Sixth Form College. Additionally, he went on to major with 4 A levels in Economics, Geography, General Studies, and Business Studies.

As for a few distinct features, the handsome Brit inked multiple tattoos on his body with a powerful meaning behind each one he got. Among several tattoos, he got a Cherub with his daughter’s face and a clock with the time of her birth on his left arm.

After his appearance on TLC’s TV show, his social media following thrived along with his prominence. In his Instagram, Tom Brooks went by the name @tombrooks_tv which has garnered him over 374k followers.

Immediately after graduation, Tom co-founded a company in his hometown named Wicked Limited, creator of mobile phone accessories. He worked there as a sales executive for 8 years and one month.

After Wicked Limited, Tom worked independently as a property developer. His freelance gig ran for 4 years until December of 2009.

Within a few months, he moved to New Zealand and owned Paradise View Lodge Retreat and Spa and Little Fiji at Langs. There, Tom held the position of property developer and managing director.

After his gig in the lodge and retreat, he co-founded International sales limited.

In June of 2016, Tom again co-founded FIT NATION SRL-labellamafia in Argentina and the UK.

Along with that, Tom was already in New York and worked as a Director of Operations for Shadow Services NYC.

Besides his business ventures, he joined Sharpe Entertainment Svc Inc in January of 2019. He was on season 3 and season 4 of 90 Day Fiance: Before the 90 Days. The show was the spin-off of 90 Day Fiance which was telecasted on the TLC channel.

In the Summer of 2020, Tom revealed he had zero intentions to join the “90 Day Fiance” franchise. In both instances that he agreed to be on the show, the British hunk claimed he was drunk.

A friend then claimed Tom didn’t want to be on “90 Day Fiance: Before The 90 Days” because of his illness. The same source claimed he was hospitalized 5 times in the emergency room in 2018.

From all of the stated jobs, Tom Brooks reportedly owned over $1.5 million in net worth.

Tom Brooks met his other half Darcey Silva in the third season of 90 Day Fiance spinoff.

Darcey, who had already appeared on the first and second season, met him in the third episode of the said season. They got closer over time. 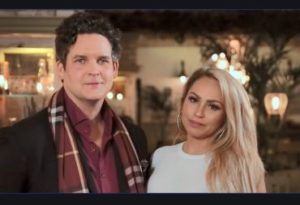 Tom and Darcey together from season 3 of the show (Pic: realityworld.com)

Tom — a tall and handsome Brit — got a hold of her soon as they met. He even gave her his house key. They ended the season very strong but allegedly they got separated before the shoot of season 4.

Though both contestants were featured in season 4, the relationship between the two didn’t look very good. The couple met over for a coffee to discuss the relationship. Tom commented on her gaining weight which he later apologized for. But the harm was done.

More on that, Darcy accused Tom of dating a different woman named Shannon who he had met in Milan.

By the time the 4th installment of “Before The 90 Days” concluded, Tom and Darcey were done for good. In a reunion show that aired in June 2020, the pair seemed pretty civil. Tom even apologized to Darcey for hurting her.

Like all of his details, Tom Brooks avoided divulging information on his ex-girlfriends. But his past relationship got him a lovely daughter whom he loves a lot.

Tom featured his daughter on his social media but never revealed her face or her identity. Also, he avoided spilling the name out of his baby mother.

In February 2021, Tom introduced his new girlfriend Mariah for the first time on social media. A day later, Reality Steve labeled their relationship fake, claiming Mariah is a happily married woman and mother of two kids. 90 Day fans even claimed they were peddling a reality show.

Tom then held an IG Live session on 28th February 2021 and confirmed Mariah was still married. He insisted they were in a loving relationship.

In April 2021, Tom got a tattoo of his new girlfriend Mariah’s name and an infinity sign on his arm. 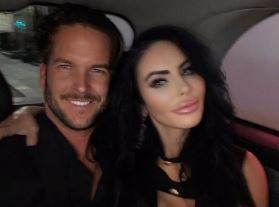 Reach out to Tom Brook’s new girlfriend, Mariah on her Instagram @ladym_tv. By April 2021, she had amassed 27K followers on the platform. As for her job, Mariah dabbled in the fashion, cosmetics, and supplement industries. What’s more, she should be more than 35 years old as of 2021.

People familiar with the show 90 Day Fiancé must be well acquainted with Darcey and Stacey Silva. However,...