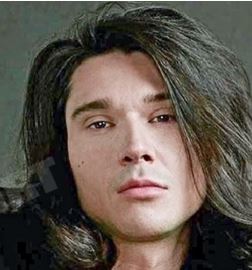 Circa 2020, his romantic affiliation with the “90 Day Fiance” star Darcey Silva brought Georgi Rusev well-needed fame. Still, little else was public about the reality star-in-the-making.

Tag along and discover Georgi’s important wikis such as info concerning his height, family, and age. Moreover, read more on his job, net worth, and romance with Darcey.

Georgi Rusev and Darcey Silva shared a whopping 13 years age difference. While he was 32 years of age in 2020, she celebrated her 46th birthday in September 2020.

What’s more, Georgi’s zodiac, date of birth, and birthday were under the wraps.

Per reports online, Georgi Rusev hailed from Bulgaria. Leaving behind his parents and siblings, he later moved to the United States.

Based in Arlington, Virginia, Georgi Rusev donned several titles. Besides being a model, he also worked as a massage therapist and fitness trainer.

Moreover, Georgi linked his IG to “Home Spa Therapy.” Perhaps, Vanessa Williams was his most notable client to date. On his website bio, Georgi noted:

“I believe that exceptional massage is an essential part of a whole well-being… I have created a sequence of beautiful movements for a full body flow that you can find in my signature massage.”

All his endavours pooled together, Georgi reportedly owned $250 thousand net worth.

Gifted with supreme genes, the fitness guru possessed a ripped physique. Beyond owning 90kg weight, Georgi Rusev stood a little above six feet and an inch in height.

Like many “90 Day Fiance” couple, Georgi Rusev and Darcey Silva met on the internet.

Before Georgi, Darcey was in two high-profile public relationships. When the romance turned sour, both of her exes — Jesse Meester and Tom Brooks — accused Darcey of playing them. 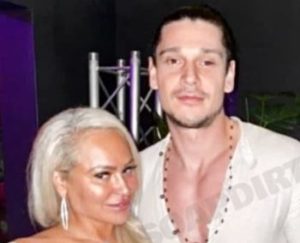 Around early 2020, fans began noticing a brewing romance between Georgi and Darcey. The flirty exchanges on IG made everyone believe that the lovebirds may be dating in the low.

When Darcey penned a thoughtful message on Georgi, she exhibited a girlfriend behavior — or that’s what fan believed. Moreover, by then, they began to address one other by pet names. In several instances, Darcey labeled Georgi “my beautiful honey.”

Unlike her exes, Georgi reportedly made Darcey feel special. What’s more, he didn’t body shame the reality star and loved her for who she was.

Speaking to PEOPLE Magazine in mid-October 2020, Darcey revealed she accepted Georgi’s proposal in June earlier that year. The American beauty insisted she still felt newly engaged. By her admission, the proposal was a total surprise.

For his part, Georgi shared planning the engagement was a hassle for him. He then admitted that the couple felt very secure with one another.

While discussing their nuptials, Darcey shared the engaged duo intend to marry in a beach wedding.

According to Georgi, he met his ex-wife around 4 years ago. They married one another after a couple of months of dating.

Over time, the marital bliss between them fizzled out, leading to their separation. Georgi further claimed the COVID-19 pandemic delayed the divorce process.