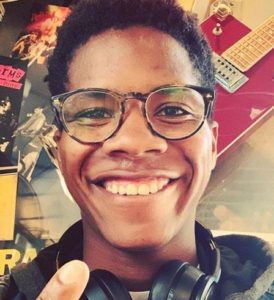 Thunderstorm Artis is a singer/songwriter who made into the limelight as he appeared on The Voice season 18. With a musical twist on the classic song Blackbird by The Beatles, Thunderstorm was able to earn himself four chair-turns. The judges mentioned that they were impressed with his composure and control over his voice.

As a musician, Thunderstorm previously had shared the stage with many famous artists like Jack Johnson, Mick Fleetwood, Booker T, G Love, and Mike Love. Furthermore, he also toured with the Wanderlust Festivals around North America.

Not believing his music just as a mere note on a page, Thunderstorm rather explained his music to be a window into his heart. He believed that through his music he could make the world a better place by lifting the hearts of others.

Divulge into the world of this talented artist. Moreover, learn about his wife, parents, and siblings in this wiki-style article.

Thunderstorm Artis celebrates his birthday on 21st December and was 23 years as he auditioned on The Voice season 18.

As per his birthday, Thunderstorm is of Sagittarius zodiac.

Born and raised on the shores of Oahu, Thunderstorm grew up in an extremely musical family. Furthermore, the family had formed a band and also perform at their father’s art gallery. Thunderstorm explained that the family had a natural talent for music.

As of 2020, Thunderstorm lived in Hendersonville, Tennessee to explore the singer/songwriter culture there. He explained, “if you want to get better at something in life, you should surround yourself with people better than you.”

Thunderstorm’s father, Ron was a Motown session musician, and his mother, Victoria was Motown vocalist. With everyone into music, the family also has several albums released.

Unfortunately, Thunderstorm’s father passed away from a sudden heart attack in 2010 at the age of 61. His father’s death had a huge impact on Thunderstorm’s singing. It defined his music to be a way to share his sorrows.

Furthermore, Thunderstorm Artis used to perform with his older brother Ron. As a duo, they have released some original music like Say What You Feel. In 2018, the brothers were invited to perform the song at a TedTalk conference in Portland.

After the 4 chair turns, Thunderstorm chose to be on the Team John Legend after his auditions. Later in the battle round, he paired up with Cedrice and performed Stay by Rihanna. Though Team Legend chose Thunderstorm to advance Cedrice was saved by Blake Shelton.

For the Knockout Round, Thunderstorm couldn’t impress the team enough competing with Mandi Castillo. Mandi had sung Ben E. King’s Stand by Me while Thunderstorm took on John Legend’s song Preach. Fortunately, Thunderstorm was saved by Nick Jonas.

Performing Ella Fitzgerald’s Summertime for the top 17, Thunderstorm Artis moved on to the top 9 spots from Team Nick Jonas. He then made it to the finale.

For his final two performances, Thunderstorm picked Louis Armstrong’s What a Wonderful World and the original single Sedona. Despite the best efforts, he finished second on the 18th season of The Voice.

With many collaborated albums engraved to his name, Thunderstorm finally released a solo EP called Haunted. Some of his popular solo songs include Lost in the Storm, Just like an Angle, Young and Dumb, Lost it All, and Haunted.

Thunderstorm Artis’s net worth was estimated to be around $300 thousand by 2020.

As for his distinct features, Thunderstorm has a beautiful smile with a perfect set of teeth. He has a dark black eye color and a triangular face.

On April 10, 2020, Thunderstorm Artis shared through Instagram that he was married to his fiancee Faith. Furthermore, the musician added that he was excited to call this amazing woman his wife. Through another post, he mentioned that his wife Faith was an amazing woman of God and always supported his dreams. 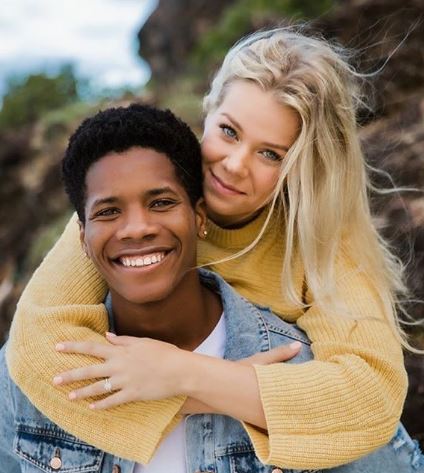 Adored by the gay community, Thunderstorm was reaching for his dreams. Also, quotes “there’s no better time than the present to start pursuing your dreams.”