Home EntertainmentPatti Labelle Children: Who Are They? What Do They Do? 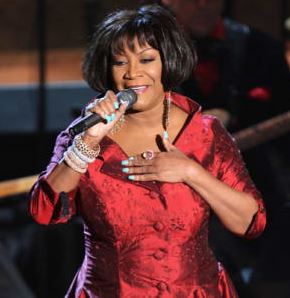 A singer, songwriter, businesswoman, actor, chef, and many more at the same time, Patti Labelle nails everything she does.

The sumptuous Patti Labelle was born Patricia Louise Holte on 24th May 1944. The native of Philadelphia, Pennsylvania, was given the nicknames ‘Grandmother of Soul’ and ‘Queen of Rock and Soul’ for her notable works in Rhythm, Blues, and Soul music.

Know how Patti mastered her personal life, with a legacy of a super icon in hands!

Just For You: Leanne Best Husband, Boyfriend, Height, Net Worth

Who Is Patti Labelle?

With her exuberating crafts, Patti won plenty of awards and nominations. She amassed 3 Grammy awards alongside 11 nominations in different years and categories.

With her versatility and passion, today, Patti possesses $60 million net worth.

Despite having a grieve stricken family annals from 1975 to 1989, Patti Labelle kept herself strong and aced as a mother of 5 children.

Patti married her close friend Armstead Edwards in 1969. Armstead had proposed Patti three times, but the legendary singer turned down his proposal all thrice. She later proposed Armstead after preparing herself for a life-long commitment.

Eventually, four years of their marriage passed by, when Patti gave birth to their son, Zuri Kye Edwards in 1973. Armstead worked as Patti’s manager for a long time before their son Zuri took over the job.

Patti adopted two of her sister Jacqueline’s children William and Stacey after her death. Also, she and Armstead adopted their deceased neighbor’s children, Stanley and Dodd.

Patti and Armstead all alone raised 5 children together. The couple stood top dog as parents, as all of their children evolved to become good people.

Patti and Armstead’s son Zuri, 47, works as a Talent Manager. He got married to an Italian wife, Lona Edwards, and has two lovely daughters, Gia and Leyla Edwards.

Their son Stanley, 58, is a lawyer, practicing at the District of Columbia Bar. While his elder brother Dodd, 62, works as a Chief Marketing Officer at DAM GOOD Bodies Online. He serves as a fitness coach and is quite active on Instagram.

Similarly, Patti and Armstead’s 59-year-old son, William works as a Personal Assistant at Pattonium Incorporation. Further, their only daughter, Stacey, 56, has her firm named, The Stacey Holte Love Conglomerate where she works to unite people. Additionally, Stacey has also worked for women and LGBTQ+ rights.

Although their four children, Stanley, Dodd, William, and Stacey have all chose to remain about regarding their personal life, their progress certainly makes Patti and Armstead very proud.

While you’re keen for the thrills, all perfect might hamper your cause. That’s probably what happened to Patti and Armstead’s relationship. The couple got a divorce after spending 32 years of their life together.

After their divorce, Patti cleared that there was nothing wrong between her and Armstead and they were still best friends. She added that she had a hard time getting along with someone for 32 years straight. More importantly, the lady rather wanted a good relationship from distance than a harsh one remaining close.

Whilst Patti’s divorce with her ex-husband befell in 2003, they remained good friends forever. Their children play a significant role in keeping them in touch. All of them together join-in for their family functions, hence, the contact never cuts off fully.

Is Patti Labelle Dating Someone?

Years after Patti Labelle divorced her ex-husband, she got into a relationship with her drummer, Eric Seats. Despite the age gap of more than 30 years, Eric and Patti make a great couple.

Seemingly, Eric is all into the beautiful lady as he left to live with her in Philadelphia from his place in Los Angeles. This adorable couple is no in plans to sunder despite objections of their closed ones.

0 Replies to “Patti Labelle Children: Who Are They? What Do They Do?”