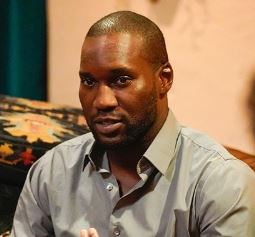 “The Bachelor: Listen to Your Heart” provided its participants with a platform to connect via music. Musician-turned-reality TV star Christopher “Chris” Watson belonged to the same bunch.

Interested in learning about Chris’ wiki and bio info? Well, read along and get familiar with his height and dating status with Bri Stauss. Furthermore, take a peek at his family background.

Per reports online, Chris celebrated his birthday on 22nd December. What’s more, he was born in the year 1989.

Both of Chris’ parents were doctors. His Jamaican father Patrick met his Haitian mother Rosemay during his residency training in Wisconsin. Before Chris, Patrick and Rosemay had a son named Reginald who was born in Wisconsin.

Back in 2014, the Watson family suffered a tragedy after losing its patriarch Patrick. At the time, Chris was 24 years old.

Talking about education, Chris attended Jesuit High School in Tampa. For a degree in journalism and creative writing, he joined the University of Miami.

Net Worth, Music, The Bachelor: Listen to Your Heart

Post-college graduation, Christopher “Chris” Watson relocated to New York. In the subsequent years, he earned a residency at the “No Fun Bar.”

Back in 2013, Chris unsuccessfully auditioned for “The Voice.” Unfazed by the rejection, he dropped an EP “Part of a Man” three years later.

As a musician, Chris played multiple instruments including acoustic guitar, electric guitar, drums, and harmonica. Furthermore, he performed at the Genesis Motor launch party and appeared on a cross-country musical event “The UnKnown Tour.”

Likewise, Chris performed at weddings and even acted on car commercials. He also taught music to the children.

To further his musical career, Chris joined “The Bachelor: Listen to Your Heart.” The tenure, in turn, should solidify his $100 thousand and growing net worth.

Admittedly, Christopher “Chris” Watson felt an instant connection with Bri Stauss on “The Bachelor: Listen to Your Heart.” In his own words,

“I’m vibing with Bri and I’m super excited to get to know her. I see how there’s real potential for something that could be fantastic… “

Chris immediately followed up by talking about his past dating experience. According to him, he “had a girlfriend for a minute.” During and after the relationship, the talented crooner kept music as his top priority.

When Chris expressed his desire to know her better, Bri shared that she wanted him to hold her hands.

Chris and Bri made it to the final. What’s more, the pair sang an original song plus “Give Me Love” by Ed Sheeran. Per Reality Steve, the performance won them the season.

Via a joint statement in Jan 2021, Bri and Chris announced their split. It read— “With deep admiration and respect for one another, we have decided to end our relationship and go our separate ways. We will always look back on our journey with deep fondness, and will continue to support each other both personally and professionally.”

Although broken up, Bri and Chris revealed they would continue to work on new music together. As a gesture of a budding working relationship, Bri even opted not to delete Chris’s photos from her IG.

Bri Stauss No Fun Bar Part of a Man The Bachelor: Listen to Your Heart The UnKnown Tour

Jamie Gabrielle is a singer/songwriter who gained prominence through the reality dating show The Bachelor:...

A familiar face, Trevor Holmes was back to steal the limelight as he participated in the reality dating show...