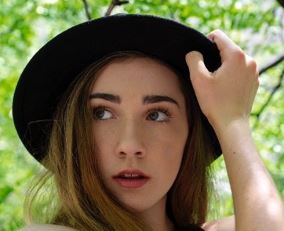 Singing on the 2020 installment of “The Voice,” Allegra Miles rose to popularity. As one of the youngest contestants during the season, Allegra quickly became a fan favorite.

Read till the end and find out Allegra’s wiki details including her siblings and family. Moreover, learn when the young songstress celebrates her birthday and what high school she attends.

Some websites noted that Allegra Miles celebrated her birthday in Spring. Likewise, she was 17 years of age while competing in the 18th season of “The Voice.” Thus, Allegra was born in the early-2000s.

If she was an average teenager, Allegra would be a sophomore in high school in 2020. Being an exceptional talent, Allegra attended the Florida-based “Maltz Jupiter Theatre Goldner Conservatory of Performing Arts.” She completed the Professional Theatre Training Program from there.

At age 2, Allegra was first introduced to theater. Before touching 18, she had co-written and starred in a musical. Furthermore, Allegra had performed on the productions of “Beauty And The Beast,” and “Mama Mia.”

Allegra Miles was born in St. John, one of the three US Virgin Islands. After 11 years there, she and her family moved to mainland US — Florida, to be more specific.

Like her heroes, she adopted the stage name “Allegra Miles.” What’s more, Allegra’s last name is Muilenburg. She is the daughter of parents: Raf and Thia Muilenburg.

Allegra hailed from a family of four. The young songstress grew up with a sister named Missy Muilenburg. As of 2020, Missy was still a student at Northeastern University.

It seemed clear that Allegra loved all her family members equally. However, she shared a special bond with her mother Thia. A musical therapist by trade, Thia inspired Allegra to take music seriously.

Circa 2016, Allegra Miles began garnering attention because of her covers on YouTube. Furthermore, she also sang before an NFL game around the same time.

Her career reached new heights when she won a nation-wide singing competition American Protégé. As a result, Allegra recieved the opportunity to sing at the prestigious Carnegie Hall.

Coming to her “The Voice” journey, Allegra picked judge Nick Jonas as her coach. While on the reality show, she performed songs like “Use Somebody,” “How Will I Know,” “Chandelier” and “New York State of Mind.”

Allegra’s “The Voice” stint ended at the semi-finals. Unsurprisingly, it angered the fans. A poll showed around 52% of fans believed she deserved a spot in the final. For her part, Allegra didn’t express sadness over the decision. Admittedly, she moved on from “the ride.”

At the age of 17, Allegra had accumulated around $65 thousand net worth. Meanwhile, she maintained five feet and six inches in height. With every passing year, fans expected both figures to go through some degree of change.