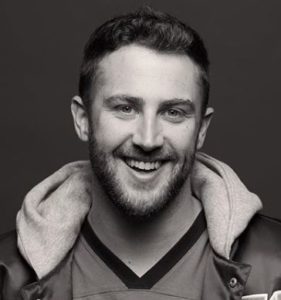 Jordan McGraw was the frontman — singer, and guitarist for the American band Hundred Handed. He climbed to the limelight in 2019 after opening for the Jonas Brothers’ major tour “Happiness Begins”.

Reportedly, Jordan and the Jonas Brothers were quite close during the days. He labeled them as “best friends” and talked about how much fun he had on the tour playing golf and Fortnight with them.

Divulge more on the insides of Jordan McGraw thought this wiki-style article. Moreover, get to know about his net worth, height, and relationship with Morgan Steward as the article continues.

Born 21 October 1986, Jordan McGraw turned 34 years of age in 2020. Furthermore, corresponding to his birthday, Jordan is of Libra zodiac.

Jordan McGraw was interested in music from an early age. He first held guitar at the age of 15 and formed his first band, The Upside, in 2005. Also, he was the main guitarist for the band Stars in Stereo from 2011 until 2015.

After Jodan’s ins and outs with a few bands, he embarked on his solo musical journey.

If you don’t already know about Jordan’s parents, he was born to his father Dr. Phil McGraw, and his mother Robin McGraw.

Yes, Dr. Phil forms the renowned Dr.Phil show. While Jordan’s father, Dr.Phil is a distinguished TV celebrity, his mother, Robin is a philanthropist, entrepreneur, and author.

Hailing from the US, Jordan McGraw grew up alongside a sibling. He has a brother named Jay McGraw. Moreover, Jay is an author and TV producer who won an Emmy Award for The Doctors.

Jordan’s family of four had made a name of their own. Though none of them are musicians, Jordan claimed that they had an impact on his musical taste. Furthermore, he added that his father, Dr.Phil liked to play Led Zeppelin during their drives to school in the morning.

Is He Related To Tim McGraw?

Jordan McGraw, due to the surname “McGraw”, is often confused for being the country singer Tim McGraw’s son. While both of them might be a musician, we are here to let you know that Jordan had no relation what so ever with the singer Tim McGraw.

Furthermore, tried of replying to people’s queries about his relationship with Tim McGraw’s, Jordan had labeled “Not A Country Singer” on his Instagram bio.

Taking about his distinct features, Jordan is a handsome man with a charming dimpled smile. He has dark brown hair and blue eye color.

On January 1, 2020, Jordan McGraw’s house at Beverly Hills was up for sale. The multi-million dollar villa flaunted a Tuscan design, a pool, outdoor entertainment spaces, and an elaborate gate on the outside. The inside looked even more intriguing in those — wooden vine staircase, weapon display on the wall, and animal figurines set up in various rooms.

Reportedly, while Jordan lived in the house, the property legally belonged to his father Dr. Phil. As per Los Angeles Times, Dr. Phil purchased the Beverly Hills villa in 2007 but he and his wife Robin have never lived there.

Later, he released a self-titled Ep in November 2019. His song “We Should Still Be Friends” from the album had over 4.8M views on Youtube. Also, u can find him on Spotify with over 4 free song playlists.

In 2020, Jordan McGraw’s net worth was estimated to be around $6 million.

Jordan McGraw married Morgan Stewart on 9th Dec 2020. The wedding was a private affair. Afterward, Jordan uploaded a photo from their big day and captioned it— “12-9-20.”

On 4 July 2020, Jordan McGraw was confirmed to be engaged to his girlfriend, Morgan Stewart. The news came to light when Jordan’s fiancee took it to Instagram to flaunt her big diamond ring and cheekily captioned it “Fireworks”. 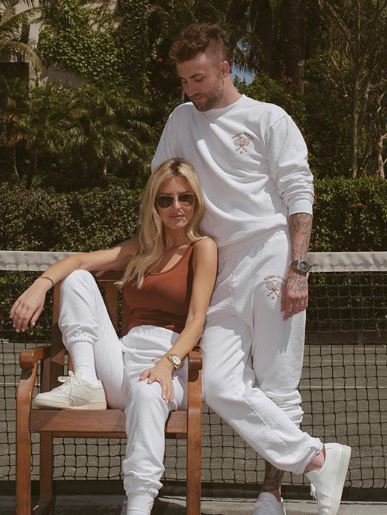 Just in case you don’t know, Morgan is a multi-faceted talent who influences and blogs about fashion hosts on the red carpet.

Jordan and Morgan first started dating in late 2019 which was confirmed 3 months later by Morgan on an Instagram live. Also, Morgan joked,

“We dated 10 years ago for a year and then he broke up with me. And then I went on obviously to have another relationship and then the past year we got back together”

Previously, Jordan McGraw was reported to be dating the photographer Ragan Wallake. The duo most likely met through McGraw’s parents. Moreover, Ragan uploaded pictures of the two of them together on her Instagram page, but her account was made private later.

On 10th August 2020, Jordan McGraw revealed he and Morgan Stewart were expecting a baby daughter.

Sharing a clip of him popping a black balloon, Jordan joked:

“Been working on my dad jokes for years.”

Incredibly, the IG post also doubled as the pregnancy announcement.

Morgan gave birth to their daughter, Row Renggli McGraw in February 2021. A day later, Jordan took to Instagram and uploaded a picture of him holding Row in his arms.