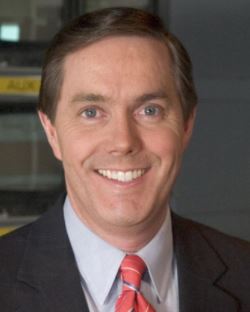 Meet Steve Scully, one of the three moderators selected for the presidential debates 2020; alongside Chris Wallace of Fox News and Kristen Welker of NBC News.

Representing the C-SPAN, Steve was scheduled to moderate the second presidential debate between Donald Trump and Joe Biden in October 2020, at the “Adrienne Arsht Center for the Performing Arts“, Miami.

Previously, Steve served as the back-up moderator for the ⁦⁩3 presidential and 1 VP debates in 2016.

Take a look at the insides of Steve Scully through this short bio on him.

As unbiased as a moderator should be, Steve Scully neither supported Trump nor Biden. That also goes to say, Steve’s political party preference was neither Republican nor Democrat.

However, Steve was reported to have interned for Joe Biden during the start of his career. He shared,

“I worked for Joe Biden, Senator from Delaware as an intern. So I had my first chance to really see politics up close in Washington.”

Also, many remain dubious that Steve might somewhat be influenced by the Democrat political party.

While the only previous interaction Steve had with Trump was in July 2019 — he interviewed Trump for the C-SPAN.

Corresponding to his birthday, Steve is of Virgo zodiac.

Steve is best known for working as a senior executive producer and political editor at the C-SPAN network. Also, he hosted a morning call-in show called Washington Journal.

Reportedly, he joined C-SPAN in 1990 and managed election coverage for every presidential race since 1992.

Furthermore, he was on the board of the White House Correspondents Association and its president from the year 2006.

Steve Scully comes from a large family. He is the 14th out of 16 siblings.

Yes, his parents had eight kids over 5 years. Then followed three singles, a set of twins, and then three more singles.

Moreover, he reportedly had Rachel Maddow and Rush Limbaugh in the “family.”

Imagine the discussions they had over Thanksgiving dinner.

Steve is a handsome man who was known as the most patient host on television. And his distinct features like a gentle smile over those blue eyes certainly added to the factor.

Steve Scully’s net worth was estimated to be around $3 Million as of 2020.

To mention his education, Steve has a Bachelors’s degree with distinction in “Communication and Political Science” from The American University in Washington, DC.

Also, he went to Northwestern University’s “Medill School of Journalism” in Evanston, Illinois for his Master in Science.

Steve Scully was a married man and lived with his wife Kathryn Scully live in Fairfax, Virginia.

The duo together has four kids — Mary Cathryn, a 2017 graduate of the United States Naval Academy; Daniel, a senior at James Madison University; Cristen; a sophomore at Penn State University; and Natalie, a fifth-grade student at Silverbrook Elementary School.

These are all according to the 2020 data.

Also, their last kid, Natalie is adopted from a Utah-based adoption agency.