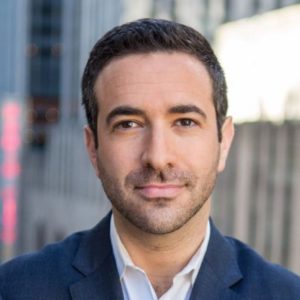 Ari Melber, birth name Ari Naftali Melber, is an Emmy Award-winning journalist, writer, and attorney. Most lately, he is known for his work as an attorney and journalist for NBC News and host of MSNBC‘s The Beat with Ari Melber.

The latter one of his shows is an American news and politics program airing weekdays at 6 PM ET. It commenced in 2018, and the first full year, it drew the “largest audience for MSNBC at 6 pm in the network’s history.” The next year, it even broke that record, all thanks to Ari Melber’s outstanding journalism skills.

Time and again, the show has been named the most viewed news shows online (with around 13 million viewers per month on YouTube: highest of any MSNBC show).

Over the course, the show featured several newsworthy interviews. And for this Ari, has oftentimes been applauded as “an outstanding interviewer, among the best on television”.

Now, tune in and discover if the man with such a beautiful career has an equally fulfilling life outside of MSNBC.

He grew alongside a sibling named Jonathan Melber.

Talking of ethnicity, Ari is of European Jewish descent. His grandparents had survived the Holocaust back in Germany during World War II. They somehow immigrated to America and settled in Seattle.

So, Ari was raised in a middle-class Jewish household. He went to a Jewish day school. And since he belonged to a minority community, he was subjected to bullying as a kid.

Nevertheless, he was a sharp kid, consistently scoring good grades.

While in high school, Ari Melber developed an interest in politics. This eventually drove him to study politics at the University of Michigan. He graduated with a bachelor’s degree in Political Science there and soon began serving as an aide of Senator Maria Cantwell.

Later, he joined Cornell Law School and received a Juris Doctor degree. Then, he embarked on his journey in journalism, as an intern at the office of a popular public defender from New York City.

And now, years later, as the chief legal correspondent for the network MSNBC, Ari Melber reportedly added, every year, over $4 million, from salaries to his existing net worth.

Ari Melber was married to Drew Grant, an entertainment editor based in Burbank, California, United States until some point in 2017. They had exchanged the vows circa 2013 and years later, for some unknown reasons, they called off the marriage.

Ari met Drew, then pop culture reporter for the New York Observer in 2010 and dated for roughly three years.

And, it has been confirmed by media many a time that they had no children during the time in marriage.

Summer of 2020 saw no official confirmation regarding Ari Melber’s dating status. Although, somewhere around August of  2018, Ari was linked romantically to actress Alexandra Daddario. Dating rumors first started after they were spotted together having lunch in Café Habana Malibu. They had even ended their date with a kiss by Alexandra’s car. 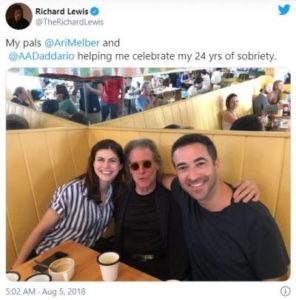 Although, both remained silent and never affirmed nor denied the speculations.

And before this, there were several times, Alexandra was linked with possible-partners.

Amid the release of Baywatch in 2017, she was persistently associated with her co-star Zac Efron. Eventually, she had subdued the matter saying, “We’re very good friends”.

Tom Bernthal is an NBC News producer, marketing expert, and the CEO of Kelton Global — a marketing and...

If you watched the Netflix show Down to Earth, then you caught sight of an actor Zachary David Alexander...