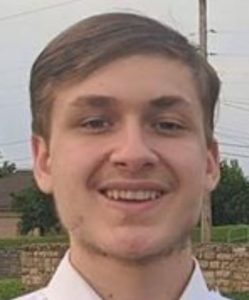 A specter is haunting the United States, a specter of progressives winning against the establishment in the Democratic primaries. Cori Bush, Jamaal Bowman, Rashida Tlaib, Mondaire Jones, and the list goes on. Among those names is one 19 years old man, who defeated a seven-term incumbent in Kansas: Aaron Coleman.

Like Cori Bush, Aaron’s victory could have been an inspirational story. A young boy of 19 years of age, with an incredible life story to tell, who had never held office, who was outspent 10-1 by his opponent, pitted against a seven-term incumbent, corporate-backed, establishment candidate. But it wasn’t. Instead, his story was mired by controversy.

In this article, we delve into who Aaron Coleman’s story, the good, the bad, everything.

First, let’s address the elephant in the room, the controversy that pretty much discredited Aaron’s otherwise incredible victory. After Aaron won the Democratic primary, there were protests by some women in social media. They were accusing Aaron of harassment, bullying, revenge-porn, blackmail.

When Aaron was in middle school, he constantly harassed and fat-shamed a girl in the sixth-grade. So grave were Aaron’s actions that the girl considered committing suicide. To a different girl, he blackmailed to circulate her nude photos if she did not send more nudes to him. When she refused, he did follow-through and released the nude pictures.

It was understandable that the girls who suffered from his actions were upset that their tormentor was now a victorious politician. And what Aaron did was wrong on so many levels. What was less understandable was the fact that the Democratic party establishment was comfortable with using the mistakes he did when he was 12 years old to undermine his victor.

Especially, considering that Aaron had already acknowledged and apologized for the wrongs he did when he was young and did not know better. As soon as the allegations surfaced, instead of denying them to protect his political career, he came out clean. He also said that he had tried to reach the victims to make amends and he wished that he could do something to repair the damage he had caused.

To understand, why the establishment of the Democratic Party is hell-bent against Aaron, one needs to understand his background and his politics.

Let’s start with his family background. According to Aaron’s campaign website, he was born on 20 September 2000 at Providence Medical Center in Kansas City, Kansas. His family was a working-class family.

His father was once in the US Air Force. During his time in the service, he suffered from permanent mental disabled. His mother was an under-employed teacher. She had a MA in education but could not find a job fitting her education. So, she had to work at the front desk of a hotel.

Growing up Aaron had two other siblings, both brothers. And the family of five was supported solely by their mother and little disability payments of his father. It was a difficult childhood.

For education, Aaron Coleman went to Turner Elementry and then was online home-schooled during middle school. Later on, he was able to get into Shawnee Mission West High School. Aaron was thankful that he was able to get into such a good school. The difference between schools like Shawnee Mission and those Turner High School was very stark in Kansas.

Furthermore, Aaron went to Johnson County Community College where was studying liberal arts. While studying, Aaron worked a job as a dishwasher to support himself and his family.

There was a reason, Aaron had chosen populist left-wing politics. Because of the current left-wing coalition led by Bernie Sanders priorities working-class people, like Aaron and his mother, and disabled people like his father.

Aaron Coleman’s net worth, meanwhile, was beyond the reach of the public.

Aaron Coleman stood at a height of 5 ft 10 inches and weighed 77 kgs. Among his distinct features, he had a wide face with blond hair on the top.

You can find Aaron on social media. He was on Twitter handle @Aaron4KS37, in which he had the following of 425 people. You could also find him on Facebook, where he had a page by the name Aaron Coleman for Kansas.

Moreover, you could also go to his campaign site, aaronforkansashouse.com, to know more about his politics.

As of Summer 2020, there was no information about Aaron’s dating life.

Of all the politicians running for the President of the United States of America, Amy Klobuchar wasn’t...