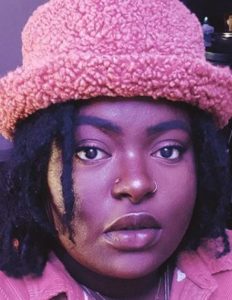 Rapper Chika created quite a stir in the world of hip hop after her arrival in the scene. Hailing from Alabama, she showcased a huge potential to be regarded as one of the best female emcees since Missy Elliot and Lauryn Hill.

Since her rise to fame has always interested her fans along with other details on her life, we’ve prepared this wiki-article based on her life. Scroll down this article starting with,

Rapper Chika was born on 9 March 1997, the same day rapper biggie passed away. She turned 23 years old while celebrating her birthday in 2020.

Born with a real name Jane Chika Oranika, she secured Pisces as her zodiac sign.

Chika was born to her parents Dr. Emmanual Oranika and Dr. Patience Otuonye Oranika in Montgomery, Alabama. Yes, she is Nigerian. Her parents are Nigerian-Immigrant moving to the United States for higher education.

Likewise, Chika’s mother Patience has worked as Adjunct Professor at Auburn University at Montgomery. As of 2020, she works as a teacher mentoring specialist.

While recollecting about her early childhood in an interview with Hard Knock TV, Chika revealed that she grew up in a typical African household. There was always loud music playing in the house all the time.

While she spent her time with her two siblings watching cartoons, her parents were moving around the house talking to each other.

More on her family: Chika has two elder sisters, Michelle Oranika and Judy Oranika. Michelle Oranika was diagnosed with down-syndrome and doctors believed she won’t be able to do anything that a normal child would do. As of the time of this writing, she is married and has a child.

Whereas, Judy Oranika is a medical student at Howard University College of Medicine.

Moving onto the physical attributes of Chika, she stands at a height of 5 feet 8 inches (1.72 meters). Additionally, she weighed 96 kilograms (211 lbs) at the time of this writing.

But, her being black and big always left her with a feeling that she might one day become the victim of police brutality against African-American people prevalent all over the nation.

Along with her thriving career as a rapper and a musician, her social media following also grew steadily. By Aug 2020, she enjoyed a total of 1.1 million followers with a verified account on Instagram. Likewise, her Twitter account garnered a total of 187.8k followers at the same time.

In the same way, she also created an eponymous channel on YouTube. The channel boasted 73.2k subscribers at the time of this writing.

Jane Chika Oranika was only 9 when she penned her first song called On My Own. The song explored her desire to pursue music even if she had no one to support. She treated music as her medium to pour out her feelings and various emotions.

Along with songwriting, she also started writing rap verses secretly. But it was only after the viral concealer stunt which Chica and her friend Sam pulled on the day of the Presidential election, she started rapping her materials.

Once Twitter suspended her account for the ‘whiteface’ video, she posted it on Instagram and gained 17,000 followers overnight. And with a belief that she could actually do something about it, she started pursuing her career as a rapper.

As a self-proclaimed Big, Black, Gay, and Vocal rap artist, she has impressed industry legends such as Erykah Badu, Sean “Diddy” Comb, Cardi B, and many more.

Chika also collaborated with JoJo and Rachel Crow to create new music along with the singles such as Balencies, My Power, and High Rises among others which helped gain her traction.

With live shows, features, and merch sales Chika stacked a total net worth of $1.5 million.

In February of 2014, Chika took it to her Twitter to announce that she was looking for a 24-hour partner for Valentine’s Day. She demonstrated her humorous side when she added her traits to help interested candidates to select her as a partner.

And later on, Chika added to the original tweets that she has found a girl named Kailyn. Further, she closed the tweet with ‘hashtag: in love.’

Other than that, nothing on her social media suggested that she was dating a potential girlfriend. Plus, she never publicized her relationships.