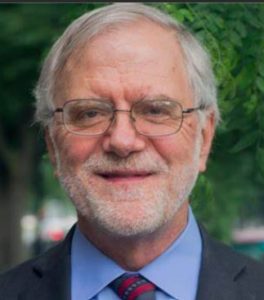 A former US Marine, Howard Gresham Hawkins, popularly known as Howie Hawkins, is an environmental activist and a co-founder of the Green Party of the United States.

Howie was the nominee from his party in the 2020 presidential election. With campaign agendas that include the enactment of an eco-socialist version of his 2010’s Green New Deal and the construction of an independent working-class social and political movement in opposition to the mass capitalism, Howie was running his way to the White House against the forces like Joe Biden, Donald Trump, among others.

In the article learn more about the life of Howie Hawkins. Read the article until the very end to know about Howie’s general wikis, political party, and its policies, and dating life.

The Green Party, in which the Howie has a major contribution for its foundation, is an independent political party, with links to American social movements, that lead with the major focus on the global Green movement.

The party stands on its four pillars, which are Ecological Wisdom, Grassroots Democracy, Peace and Non-Violence, and Social Justice.

Hawkins, like the Green Party, stands on the liberal side of politics. Some of the important policies for which he and the party stands are: Universal Healthcare, 75% Military Spending Cuts, Nuclear Disarmament, Open Borders, Income Guarantee, 100% Clean Energy by 2030, and obviously the Green New Deal.

Howie Hawkins was born in 1952, thus his age as of October 2020, is 67. Ever since he was born, Howie has been celebrating his birthday on the 8th of December. Moreover, his birth date of December 8, 2020, makes his zodiac sign Sagittarius.

Howie Hawkins was born in his hometown which is in San Francisco, California. However, he was raised by his parents in a nearby area called San Mateo, California.

Howie was born in a Republican family. He started developing an interest in politics after he began to notice flaws and deformities in American governance.

In his early life, Howie observed how his cousins would have to go to segregated schools just because their mother was Japanese.

An important event that had a major role in shaping his vision was when he watched Ronald Reagan, who later became the governor of California and a two-term president, opposing a fair housing law. That was the moment Hawkins decided he would not become a Republican.

Frustrated, Howie Hawkins looked to the Democratic Party, but he observed the party had refused a group of Black Democrats from Mississippi to seat at the party’s 1964 convention.

Observing such events, Howie found his home in the leftist movement and visions. The first political party that he ever joined was called a Peace and Freedom Party.

Howie Hawkins stands at a height of 5 feet 11 inches (1.8 meters) and weighs 82 kilograms. To talk about Howie’s distinct features, he has bluish brown eyes and blonde hair.

Howie, being a nominee from his party in the upcoming Presidential election, has a tremendous social media reach.

Out of all these social media platforms, he is most active on Twitter. In a very recent tweet, Howie asked for public support in his campaign. He wrote,

“We can’t wait on Trump, the racist incompetent, or Biden, the neoliberal hawk, to fight for the needs of the working-class… need our own political voice! We need our own independent power!”

“Biden says: “The Green New Deal is not my plan” That’s right Joe. It’s my plan.”

Howie Hawkins went to Dartmouth college for education. However, he did not complete the required years of earning a degree.

Despite his anti-war activism, Howie was drafted into the US Marine Corps in June 1972 and later enlisted at the age of 19. That being said, he never came back on duty after completing boot camp.

In the 1980s, Howie joined the green movement, or green politics, or ecopolitics. In 1988, Howie along with Murray Bookchin founded the Left-Green Network as an alternative to US Green Liberals.

Over time, the Green Party’s agendas have been modified and changed to meet contemporary needs.

When Green Party’s funding began to run out, Howie also did a job of loading trucks for United States Parcel Service (UPS). That was the reason why Howie declined to run for Green Party nomination in 2012.

That being said, Howie had already run for more than a dozen offices with the Green Party. Some of the popular offices that he ran for include Governor of New York in 2010, 2014, and 2018. 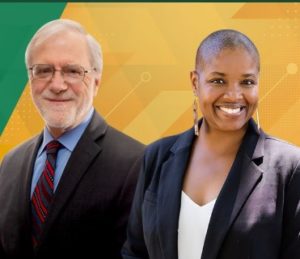 In 2020, Howie has been chosen as the Green Party’s nominee for the presidential election.

Howie Hawkins’s net worth is estimated to be around $1 million as of 2020.

With a close eye on various YouTube videos featuring Howie Hawkins, Hawkins was never found wearing a wedding band. While it could be entirely Howie’s choice to not wear a wedding band, it is almost unbelievable how a popular person like Howie could hide details about his wife and children, if he is married.

Assuming Howie as a normal human being, it is most likely that Howie is not married yet. What’s more, It seems like Howie’s passion for bringing change in America outweighs his passion for pursuing women.

Everyone remembers Osama Bin Laden as the terrorist responsible for the September 11 attacks. However, most...