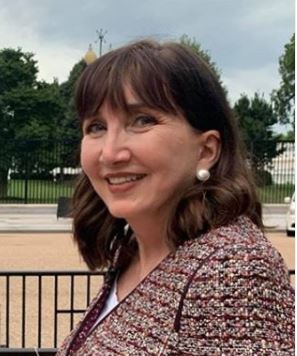 The first presidential debate held on Sept 29, 2020, between Joe Biden and Donald Trump, soon became the most discussed topic in the country. And many Americans disappointed with the arguments about topics and policies drowning the nation were looking for a new candidate on the ballots.

So, here we are with another name, Jo Jorgensen who stood as the Libertarian Presidential candidate for the 2020 election. Unfortunately, she couldn’t make it to the presidential debate with only 2.8% in the RealClearPolitics national average, far below the required 15%.

Stay till the end to learn everything about her.

If you are new to the Libertarian party, firstly know that they are ‘The Party of Principle.’ They strongly oppose any government interference in their personal, family, and business decisions.

In simple words, they believed that “All Americans should be free to live their lives and pursue their interests as they see fit as long as they do no harm to another.”

Here are some of the policies Jo Jorgensen was all about:

Also, she wanted America to be like “one giant Switzerland”.

Growing up in Lake County, Jo Jorgensen spent her childhood sailing and skating. She recalled that she would go to her father’s concrete company after had cleared off a section of ice and skate over there.

Also, she grew a liking for hockey as she loved skating. Her twitter bio labeled her as “hockey player” as well

Talking about Jo’s parents, she didn’t share their names. Unfortunately, her mother passed away on Sept 3, 2020, while she running her campaign.

At the time she was scheduled to speak in San Francisco, but she chose to cancel it and spend a few days with her family. Also, her statement about LP National and Rand Paul was at the pending cause of her loss.

That was no information on her siblings.

Trivia: she is shorter then Biden as well as Trump.

Also, find her on Facebook @JoJorgensen2020 with 418K followers.

Furthermore, she also worked as a marketing representative for IBM, later owned a software duplication company.

It was 1979 when she first discovered the Libertarian Party on a local Dallas radio show. And after moving to Greenville, South Carolina in 1983, she formally joined the LP and became an active member.

Fast forward to 2020, Jo was the Libertarian nominee for President, running alongside the vice-presidential candidate, Jeremy ‘Spike’ Cohen.

Did u know: Jo even wrote a letter via Facebook to a fellow delegate who disliked Biden and Trump about her approach and principals.

In light of her education, Jo graduated from Baylor University in 1979 and from Southern Methodist University with an MBA in 1980. Also, she got her Ph.D. in Industrial/Organizational Psychology from Clemson in 2002.

Wondering if Jo was married? The answer is yes, Jo Jorgensen was married and has a husband.

Jo was happily married with two kids and even has grandchildren. Also, over her Twitter and Instagram, she made sure to put “mother, grandmother” over bio.

However, Jo didn’t share her husband’s and kids’ name as of October 2020. But any updates on her family life, we will sure to mention here.

Everyone remembers Osama Bin Laden as the terrorist responsible for the September 11 attacks. However, most...