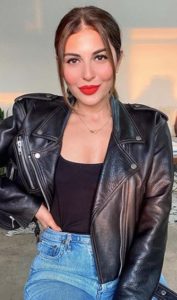 Sona Gasparian is an American makeup artist building her reputation on YouTube. All the followers on her channel get to witness amazing tips on makeup, fashion hauls, lifestyle videos and hair tutorials among a few other things.

Discover more personal and professional information regarding the beloved YouTuber in a wiki-style article.

A native of Armenia, Sona along with her family moved to America when she was 12 years old. Her mother was the first person to arrive in the United States.

Adopting to the American way of life wasn’t easy for anyone of Sona’s parents which included her brother and parents. The language, being the biggest hurdle of them all.

Admittedly, Sona was bullied for being an immigrant in school. As a coping mechanism, she took up makeup. And the rest, as they say, time and again, became history.

Sona’s infatuation towards makeup rooted back to her young age. She loved experimenting with her makeup kit as a kid.

Sona took her passion seriously when she turned sixteen years of age. In 2007, the famed YouTuber attended the LA-based Make-up Designory. She also joined M.A.C. to hone her skills furthermore.

Sona graduated with a degree in Business Administration and Management from Woodberry University in 2009.

After working for several brands over the years, Sona Gasparian decided to start her line of cosmetics.

Sona and her husband Kasra founded Persona Cosmetics in November 2016. The product ranges from lipgloss, lipstick, eyeshadows to several other beauty products.

Sona was estimated to have accumulated a handsome net worth of $6 million as of 2020. Besides a makeup empire, she also operated a highly successful blog called “Simply Sona.”

Working in the industry, Sona collaborated with several brands. Her work also graced the pages of Vogue, Glamour, and Elle.

Owning a fit body, Sona stands at a height little over 5 feet and 4 inches (1.62+ meters). On the other hand, she holds around 61 kg weight. 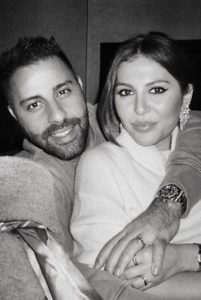 TV star Sona Gasparian and her husband Kasra got married on 25 September 2014. By profession, Kasra worked as an aerospace engineer.

Sona and Karsa dated each other starting around the year (2011-2012). The now-married duo met at a birthday party of a mutual friend in a bar in Downtown LA.

After dating for approximately two years, Sona and Karsa — her boyfriend at the time — tied the knot in a beautiful ceremony.

As of 2020, Sona and her marital partner were still going strong as ever. Additionally, there didn’t exist reports of a possible divorce involving the two.

During a Q&A held in 2016, Sona expressed her desire to become a mother one day. By her admission, she saw herself raising gorgeous and talented children with husband Kasra.