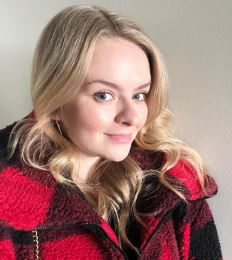 Andrea Brooks shot to worldwide popularity after starring in the TV series “Supergirl,” “The Flash” and “When Calls The Heart.”

Learn about Andrea’s marital status, family background, and wealth by reading along!

In July 2018, Andrea Brooks announced the news of her engagement to then-mystery boyfriend Riley. At the time, she opted to refrain from sharing their dating history.

Two months after getting engaged, Andrea and her husband Riley got married. Married in September 2018, the pair only invited a select few to their low-key wedding.

What’s more, neither Andrea nor the guests at the wedding shared the photos of her husband (groom for the day) Riley. 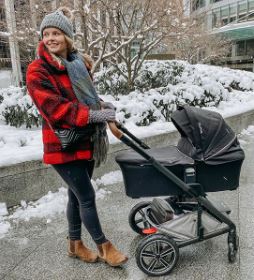 Married duo Andrea and Riley became first-time parents in December 2019 after welcoming a baby daughter named Viola. She and her husband Riley had named their firstborn after the actress’s grandmother.

In July 2019, Andrea had first opened about her pregnancy.

On 3rd March 2020, Andrea Brooks turned 31 years of age. She celebrates her birthday on the same day as actress Jessica Biel.

Born on 3rd March 1989, Andrea is a Brantford, Ontario native. Per her date of birth, she is a Pisces.

Andrea’s mother Leslie Brooks was a professional skater who later became a trainer. While both her father and brother Matt grew up a hockey fanatic.

Papa Brooks faced a health scare after suffering a heart attack in 2019.

Andrea was discovered at the tender age of 15. Appearances on “Unreal,” “Supernatural” and “iZombie” are her notable small-screen credits.

Meanwhile, movies including “50/50,” “No Men Beyond This Point” and “What Goes Up” feature Andrea in some capacity.

To talk about her social media reach, Andrea garnered some 10k likes on Facebook (as of March 2020). Elsewhere on Twitter and Instagram, she accumulated 23k and 87k followers respectively.

Leaving “When Calls The Heart”

In March 2020, rumors circulated Andrea Brooks was leaving “When Calls The Heart.” The speculation stemmed from the fact that her character Faith Carter was absent from the season 6 finale aired in May 2019.

Several other facts fueled the exit suggestions. Because she got promoted to a series regular on “Supergirl,” many believed Andrea was going to prioritize the DC show. The birth of her daughter Viola was seen as another potential reason.

During her Facebook Live that very month, Andrea expressed how much she loved working on “When Calls The Heart.” She said,

“It’s one big happy family. We all know each other so well at this point… It’s really comfortable. It’s like coming home.”