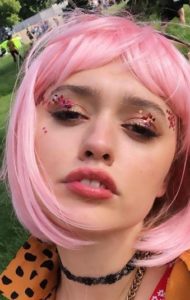 Aimee is a British actress, Stand-up comedian, dancer, and individual with multiple talents.

This bio-style article helps fans to unfold details on the beloved actress.

Aimee Lou Wood celebrated her 24th birthday on 4 February 2019. She was born in 1995 in Manchester, England.

By profession, Aimee’s father worked as a car dealer whereas her mother worked for Childline, a child counseling service.

Also, her family consisted of her sister Emily wood — a makeup artist — along with her grandma.

In 2017, Aimee graduated from the Royal Academy of Dramatic Art with a major in Acting and Drama.

Aimee stands at a height of 5 feet 3 inches (1.6 meters) with a perfect body.

More From Us: OMGitsfirefoxx Boyfriend, Net Worth, Real Name, Bio

Before Sex Education, Aimee performed as a cast in People Places & Things. The show sold out in the London Theatre and London’s west end. It was a play about surviving the world as a substance/alcohol abuser. Her performance during the UK tour was well received.

She also went on to perform at the Steppenwolf Theatre in Nort Halsted Street, Chicago.

In 2019, Aimee debuted as a TV actress landing the role of Aimee Gibbs in Sex Education (2019). In the series, she portrayed the character of a girl living a lavish lifestyle.

The character was often found to be in a relationship with one or the other. She threw parties & arranged hang-outs to maintain her popular kid image, and she was popular.

In the series, Aimee Lou Wood was starring with Asa Butterfield, Ncuti Gatwa, and Gillian Anderson.

The debut season of Sex Education (2019) was critically acclaimed and well-received by viewers. The entire second season of the series was released on 17 January 2020 on Netflix. 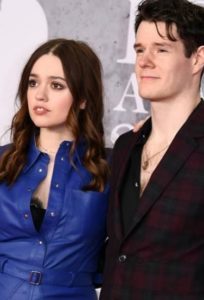 Aimee Lou Wood was rumored to be dating her Sex Education (2019) co-star and now-boyfriend, Connor Swindells. Later on 25 February 2019, in an interview with Telegraph, Connor confirmed that he and Aimee were dating each other.

Several facts were disclosed regarding their relationship. When Aimee and Connor first met on the set of Sex Education (2019), they got close to each other. They were really into each other when they spent hours filming the series together. And by the end of filming the debut season, the pair started dating each other.

No prior dating history on any of the actor has been disclosed.

Fans are excited, two of their favorite actors from the show are dating each other. We are yet to see whether this could change into a serious relationship or just a romance on-camera.

All in all, Aimee – as of January 2020 – had a boyfriend who could be a prospective husband.