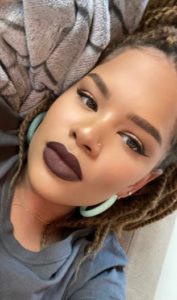 Alissa Ashley is a YouTube star with more than 2 million subscribers on YouTube. She is best known for guiding her viewers with makeup tips, tutorials, and skincare routines.

Scroll through this wiki type article that unfolds details on Alissa Ashley.

Alissa Ashley was born to Nathalie Harper and her husband on 11 February 1995 in Oakland, California, United States.

What’s more, Alissa grew up with her two siblings: Arnell Zinnerman (arnellarmon) — her twin sister — and Alexis Gates, who was the eldest among three.

No details on her father were ever shared. Moreover, Alissa has graduated from high school but important info couldn’t be found on her further education.

Alissa Ashley developed her love for makeup from her mother as a child. Later as a teenager, she worked as a cosmetic consultant for M.A.C. on one of its outlets. After having second thoughts on continuing to work there, she left the job.

On 9 January 2014, Alissa started her YouTube channel named tsalissaweekly. Later, she changed the name and self-titled the channel.

More From Us: Arden Rose Boyfriend, Net Worth, Height, Bio

Alissa kept on posting several tutorials and makeup tips and even collaborated with fellow beauty vloggers like Aaliyah Jay. The reputation of the channel grew gradually with time garnering her over 100 million views in total.

Moving on, Alissa also has her line of lip gloss produced in collaboration with E.L.F. cosmetics. She also produced 45 different shades teaming up with NYX cosmetics.

At the time of the penning of the article, Alissa Ashley was in a relationship and dating an anonymous man for a very long time.

On 17 December 2019, Alissa posted several pictures taken with her boyfriend. Her long relationship was confirmed as she commented,

“He’s been around for dummy long I’m just private as hell most of the time.” 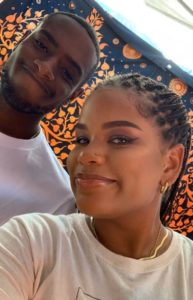 Alissa and her mystery boyfriend on 17 December 2019 (Pic: Alissa’s Twitter)

No further details could be found on the YouTuber’s husband prospect. On the contrary, Alissa repeatedly mentioned him in a conversation referenced as My boyfriend.

“This whole last week my boyfriend has been my muse for my photography & I’ve been really liking how the shots have been coming out. These two are my favourite! One film, one digital. One in studio, one on location. “

For the Valentine’s Day post in 2020, Alissa shared a photo of them smiling on Instagram. Unsurprisingly, she refrained from tagging him.

Looking at her career trajectory, Alissa was far from being married. But taking note of the posts she made, the beloved YouTuber had seemingly found husband material in the guy.

Sona Gasparian is an American makeup artist building her reputation on YouTube. All the followers on her...