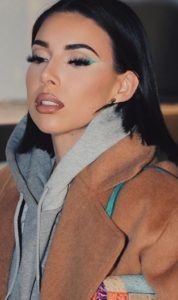 Lusterlux AKA Katy Degroot gained major prominence with her career as a YouTuber. Her makeup artist career helped her climb the ladder to be in the same position as Jamie Genevieve, Shani Grimmond, Sona Gasparian, and many others.

This article is set in a wiki-style format to help readers get to know Lusterlux professionally and personally.

Lusterlux was born to her parents as Katy DeGroot, her real name.

She celebrated her 31st birthday on 9 November 2019. She was born and raised in Roseville, California, the United States.

Discussing parents and siblings, Lusterlux also has a brother in her anonymous family.

Lustrelux discovered her love for makeup as a child.

Her years of practice got paid off when YouTube provided a platform for her to create a self-titled channel named Katy in 2014.

She debuted her YouTube career with NYX Turn the Other Cheek Paletter Review in 2014 and she never looked back.

In 5 years, Katy garnered herself 1.99 million subscribers as of February 2020. Meanwhile, she had amassed over 150+ million views in total on YouTube.

Lustrelux’s career as a makeup artist reached it’s new height when she came out with own product named Bestie Bundle By Desi & Katy in collaboration with Desi Perkins, her friend and makeup artist, and Maybelline, a multinational makeup brand.

Lustrelux is estimated to have been enjoying a burgeoning net worth of $1.3 million. Getting to height, she stands beyond five feet & four inches frame.

Lustrelux married her husband Jon in 2013.

Moving on, Lusterlux and Jon’s romantic voyage set off as high school sweethearts when they were in their junior year. The couple lowkey were into others but never confessed. 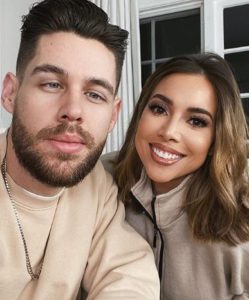 Lustrelux (Katy) and her husband Jon together on 23 November 2019 (Pic: Katy’s Instagram)

One fateful day, the duo stumbled in the campus’s convenience store where Jon bought her diet coke and the friendship took a romantic turn.

Lusterlux and Jon stood their ground even when they were maintaining a long-distance relationship, Bay Area to San Diego.

The married couple didn’t have any kids as of February 2020.