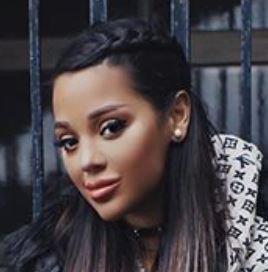 Gabi Demartino is a Youtube star, most famous for featuring in the youtube channel, Niki and Gabi, which she runs together with her sister Niki. Gabi also had her own Youtube channel called Fancy Vlogs By Gab.

Read below to find more wikis about Gabi, including her height, net worth, her boyfriend-information, and married status.

Gabi Demartino was born on 5 May 1995 in Pennsylvania alongside her twin sister Niki.

She grew up in quite a large family with two sisters, Nikki and other elder sister Alex, and a younger brother, Anthony, alongside her parents.

Gabi’s started her Youtube career together with her family, i.e. her twin sister Niki and the elder sister Alex.

Gabi launched her first Youtube channel, 00RemakeGirls, with Niki and Alex. The channel was focused on remakes of popular songs, but also did parodies and short films. By 2015, the channel was discontinued.

Niki and Gabi started to work on their channel named Niki and Gabi, which went on to garner immense success and by the end of 2019 had amassed over 9 million subscribers. Gabi also worked on her channel called Fancy Vlogs by Gab.

One of the reasons for the popularity of her channels is her exquisite body with measurements hitting all the right marks. She stands a little below the moderate height of 5 ft 1 inch.

It would be an understatement to say that Gabi Demartino is rich for someone as young as her. By the end of 2019, Gabi’s net worth was estimated to be over the mouth-watering 1.5 million dollars.

By 2020, Gabi had launched her OnlyFans account. November that year, she came under fire for sharing a video of herself for $3 on the subscription-based app. Later, the social media star apologized stating she didn’t “think this one through.”

Towards the beginning of her fame, Gabi was dating her high school boyfriend Brandon Grupe. Gabi and Brandon were a model social media couple with their joint Youtube channel called GabiandBrandon. However, the lovebirds broke up in 2015.

The reason for their break-up was rumored to be the fact that Gabi was cheating on Brandon with another social media star Collin Vogt. The rumors were further strengthened when Gabi revealed that Collin was indeed her new boyfriend.

Collin was an Instagram model before dating Gabi but his popularity suddenly sky-rocketed when people came to know him as Gabi’s new boyfriend. 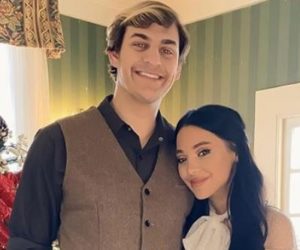 Throughout their relationship, Gabi and Collin showed the world glimpses of their happy life, almost as if they were married all that time.