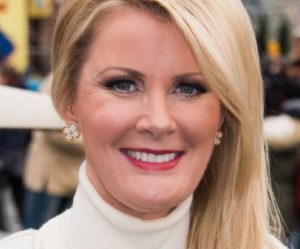 Sandra Lee is a chef. More than that, she soared to fame as Andrew Cuomo’s girlfriend. Here, read about her former husband, kids, net worth, and who she’s engaged to now.

In a joint statement, Sandra and her longtime boyfriend Andrew Cuomo announced their split. Admittedly, the duo’s lives went separate ways in the preceding years. And as a result, the romantic relationship took the shape of a friendship.

Despite the split, the Food Network host and the New York-based politician were insistent on being supportive of each other’s endeavors.

The now-estranged couple declined to go into the explicit details of their separation.

Sandra Lee’s relationship with Gov. Andrew Cuomo didn’t bear any kids. However, she developed a tight knot bond with her ex-boyfriend’s three daughters — twins Cara & Maria and Michaela —from his marriage to his first wife Kerry Kennedy.

Andrew and Kerry were married for 13 years before their divorce in 2005.

After separating from Kerry, Andrew began dating Sandra. Following six years as boyfriend and girlfriend, the pair took a giant leap of faith and moved in together. 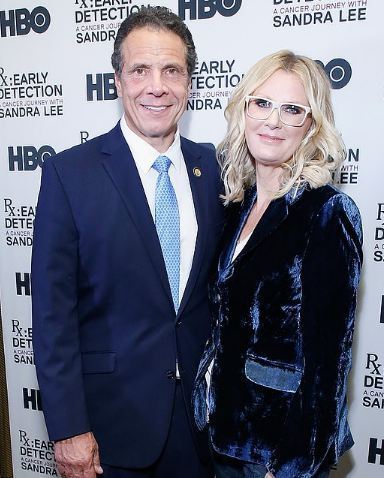 Getting Back Together With Andrew Cuomo?

In the Spring of 2020, Andrew Cuomo became the face of the fight against the Coronavirus pandemic in America. From the daily briefings to hilarious back and forth with brother Chris Cuomo, the New York governor transformed into an internet sensation.

Talking to The New York Times in April 2020, Sandra expressed gratitude toward her ex for his work. In the interview, she opened about sharing her thoughts with him. Additionally, the celebrity chef shared:

“He’s still my guy…Neither one of us, well as far as I know, has had a date.”

Referencing Andrew’s three daughters, Sandra labeled them family. She then followed up by professing desires to protect her ex and his kids till the day she died.

Reunion rumors swirled after Sandra’s NYT interview. Then arrived a statement from Andrew’s camp wherein the New York-based politician wished her all the success in future endavours.

Finally, in Dec 2020, Sandra moved out of the New York home she once shared with Andrew. To commemorate the milestone, she penned an emotional Instagram post. The celebrated chef label the day ” one of the saddest days of my life.” In a follow-up post, Sandra wrote in detail the memories created in the house.

When Sandra Lee first crossed passed with Andrew Cuomo, she was still reeling from the collapse of her first marriage.

Between 2001 and 2005, Sandra was married to businessman and philanthropist Bruce Karatz. The pinnacle of the duo’s relationship arrived when the celebrity chef converted to Judaism, her husband’s religion.

Like her relationship with Andrew, Sandra union with ex-husband Bruce also didn’t produce any children.

Who Is Sandra Lee Engaged To Now?

In Aug 2021, Page Six reported that Sandra Lee was now dating a European beau. The chef and her boyfriend — whose name the publication didn’t provide — had been spending time in St. Tropez. Later, we learned the man is the Algerian-born actor Ben Youcef.

The news of Sandra’s engagement with Ben surprised everyone. It had only arrived weeks after the public first heard of their relationship. To celebrate the milestone, the engaged couple hit the town in Paris. Sources claimed Sandra sported rocking new diamond engagement ring. Meanwhile, Ben wore a band on his wedding finger.

Sandra’s foray into the show-biz began with QVC in the 90s. Impressed by her “Sandra Lee Kraft Kurtains,” the shopping network hired her as an on-air talent.

As a best-selling author, Sandra gave away secrets to her simple – yet delicious – on her 25+ books. “Made From Scratch” and “Sandra Lee Semi-Home: Cool Kids Cooking.”

Besides her $25+ million net worth, Sandra Lee garners a Daytime Emmy Award for Outstanding Culinary/Lifestyle Host for Semi-Homemade Cooking.

At the height of her TV career, Sandra Lee faced a health scare — she got diagnosed with breast cancer.

Thankfully, the doctors detected cancer in its early stages. But by then, Sandra had undergone a lumpectomy. What’s more, she was scheduled to have a double mastectomy the very week of her cancer diagnosis.

Following the surgery, Sandra suffered yet another health scare and was even rushed to the hospital due to fluid buildup. Her recovery went well after the said incident. Since mid-2016, she has reportedly been cancer-free.

Now fully recovered, Sandra took inspiration from her cancer journey and made a documentary called “Rx: Early Detection, a Cancer Journey With Sandra Lee.” The HBO special won a Made In New York honor in February 2019.