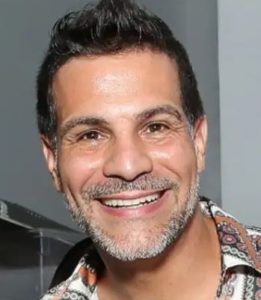 Angelo Sosa was back for the brand new season of the TV-show Top Chef All-Stars in 2020.

Sosa returned to the show for the third time and hoped to stand atop this season. He couldn’t take the trophy home back in season 7 and stood second behind Kevin Sbraga.

Being labeled as one of the most presumptuous chefs to appear on the show, Sosa was looking for a way to redeem himself this season.

After the participants were listed for the show, Sosa took it to Instagram to mention that he was humbled to be back with their talented chefs.

Though he can be cocky at times, Sosa certainly can cook. His fans had high expectations of him this season.

Sadly, Angelo’s Top Chef: All-Star L.A. stint proved to be a short-lived affair. He was the second contestant to exit the show.

In 2010, Sosa got engaged to his longtime girlfriend from Russia named Kristina Romanenko.

Unfortunately, Sosa and Kristina couldn’t make it all the way. Their engagement ended soon in October 2010 as the Top Chef season 7  ended too.

The engaged duo mentioned that they needed more time to learn more about each other as marriage was a big step. They decide that at that point they would remain friends despite the breakup.

Sosa disclosed that they planned to get married in Italy. The love birds had dreamed of a wedding alongside a fountain.

His son, Jacob became 11 years of age in 2020. Jacob had heart bypass surgery as a baby and also had a chromosomal disorder.

Sosa mentioned in his “Ten Year Challenge” on Instagram that he was happy to call himself a father, a son to an amazing father, and a child of Christ.

As of 2020, Angelo’s baby mother remained anonymous to social media.

Also, You may like –[Chef] Leah Cohen Wiki, Husband, Net Worth, Parents

Interestingly, Angelo Sosa was wary not to let his girlfriend come into the lights. 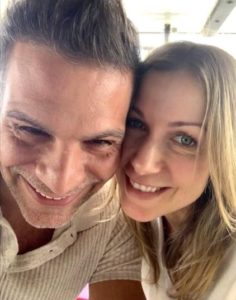 Angelo Sosa with his girlfriend

Although he mentioned a little about his girlfriend in Top Chef All-Stars 2020 premiere. He hinted they have been dating for over a year and he met her in San Diego, California.

Sosa was grateful to have met his girlfriend who brought balance to his life and understood him better than anyone ever did.

Digging about Sosa’s dating history, in 2007 Sosa co-owned an apartment in New York City worth $850,000 with a girl named Maria Lin.

Cooking was a way for Sosa to express himself and show people who he truly was.

Around the mid-2000s, Angelo Sosa started his career as Executive Sous Chef working in different restaurants. After sliding into the limelight through Top Chef in 2010, Sosa dared to open several restorations of his own.

Mexican cantina Abajo, Anejo Tribeca, Death by Tequila are some honorable restaurants to be listed under Angelo Sosa’s name.

Before 2020, Angelo Sosa has published two cookbooks. His first cookbook was published in 2012 named Flavor Exposed: 100 Global Recipes from Sweet to Salty, Earthy to Spicy.

And in 2015, he worked with Agie Martinez to publish his second book Healthy Latin Eating: Our Favorite Family Recipes Remixed.

Born youngest amongst the seven siblings, Angelo Sosa mostly seemed to recall his father between his parents.

His father, native to the Dominican Republic worked for the military and was strict with the children. He would make Sosa work in the garden and help the kitchen. But, he is thankful to his father as it made him into who he is.

Sosa admits that a part of his journey was mending the relationship with his father and past pains.

Reportedly, Sosa has an Italian mother. He remembers enjoying slices of pizza with his mother on his birthday.

Native to Durham, Connecticut, Sosa was 45 years old when he returned to the Top Chef 2020.

In light of his education, Sosa graduated from Manchester Community College in New Hampshire. He also trained himself in the Culinary Institute of America in Hyde Park, New York.

His first job was as a chef at Stonehenge Restaurant & Inn in Ridgefield. Then after he worked for Vongerichten, Yum Cha, and traveled around the world working in different restaurants.

Sosa’s alluring height adds a plus point to his personality. Angelo Sosa stands tall at a height of 6 feet 2 inches (187.96 cm).

Lee Anne Wong is the original cast to the reality TV-show Top Chef All-Stars. Wong finished in the 4th...

In March 2020, with every participant on the rush for Top Chef: All-Stars season 17 preparations, Jennifer...