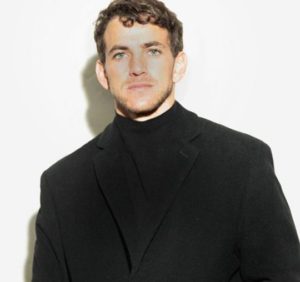 Alex Fine is a former D-1 athlete. However, he rose to popularity as the significant other of R&B singer Cassie.

Keep reading and find out Alex’s height, net worth, and brother!

Alex and now-wife Cassie got married in an intimate wedding ceremony. The pair exchanged the “I DOs” on the cliff sides of Malibu, California.

On the big day, the trainer donned a classic tuxedo. His bride, meanwhile, looked stunning in a sleeveless gown.

Director extraordinaire Peter Berg — who officiated the ceremony — broke the news of the two getting married. Sharing a single snap from the wedding on Instagram, he wished Alex and Cassie all the luck in the world.

Confirming the nuptials, Alex dropped a heart emoji below the said post. 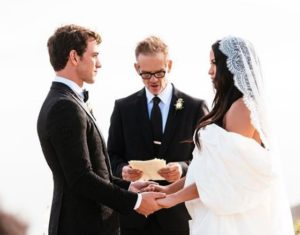 Before getting married, Alex Fine and his wife Cassie were an engaged couple for about a month.

Two months earlier, the personal trainer and the songstress announced that they were expecting their first child (daughter).

In an open letter penned after the announcement, Alex promised to love Cassie and their unborn child unconditionally.

Then in December 2019, they welcomed their daughter Frankie.

Exactly a year after Frankie’s birth, Alex and his wife announced they were expecting their second child. He uploaded a video of Frankie listening to the heartbeat of her sibling using the sonogram machine.

On 22nd March 2021, Cassie gave birth to their second bundle of joy, a daughter named Sunny Cinco Fine. Days later, Alex took to Instagram and penned a heartwarming letter to his kids.

Back in December 2018, Alex and Cassie confirmed the dating rumors on Instagram.

Alex Fine met Cassie through her ex-boyfriend Sean “Diddy” Combs. And when the pair made it Insta official, fans of the Hip-Hop mogul didn’t take the news all that well.

The so-called detractors were quick to label Alex gay, out of spite.

Credit to Alex, the trainer opted not to feed the trolls with extra ammo by reacting to the accusation.

A self-made individual, Alex is an excelling figure in the world of physical fitness. His clientele runs deep — since becoming a full-time trainer, he has trained over 100+ professional routines.

Centered around developing stamina and core strength, Alex’s workout routines are for people of all age groups.

Alex’s endorsement deal with Calvin Klien further solidified his seven-figure net worth. Earnings from YouTube and his gig as Hemphydrates’ director of health add to his net wealth.

At first glance, Alex Fine bears all the resemblance of a man belonging to Caucasian ethnicity. With regards to nationality, he is American by birth.

Born in 1993, Alex turned 28 years of age on 12th March 2021. He celebrates his birthday on the same day as actor Aron Farb and actress Barbara Feldon.

Alex Fine was born in Cincinnati, Ohio in 1993 to parents: father Ross Fine and mother Pam Parker Fine. Interestingly, there is no public record of his siblings.