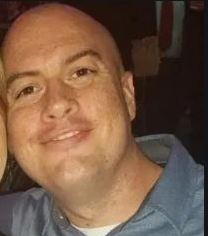 Delve into Kenny’s wiki-style biography to learn more about him!

Courtesy of his date of birth, Kenny is a Millennial — he was born in the year 1983.

Since Kenny’s fame is the direct result of his association with estranged wife Katie Hill, it’s no surprise that he didn’t own an official bio and a Wikipedia profile (Feb 2020).

What’s more, details about Kenny’s upbringing, parents, family, and siblings are hidden from the prying eyes.

Concerning education, Kenny Heslep doesn’t own a college or university degree for that matter. Admittedly, he only holds a high school diploma.

Despite never meeting academic qualifications, Kenny held esteemed jobs at the prominent non-profit “People Assisting The Homeless.” Admittedly, Katie Hill – a senior staff at the organization – pulled strings to get him the positions.

At “People Assisting The Homeless,” Kenny looked after multiple programs. His first two years at the organization saw him become a case manager for two separate programs. He even went on to serve as the nonprofit’s Section 8 coordinator.

Kenny Heslep and Katie Hill commenced dating in 2004. Four years of age difference didn’t mean much as they fell for each other.

A year into their dating life, Kenny’s then-girlfriend Katie became pregnant. Although unplanned, the duo decided to keep the baby. But tragedy struck as Katie suffered a miscarriage. Moving forward, they wouldn’t parent any children.

Recovering from the tragedy, Kenny and Katie got engaged. The pair would eventually get married in a summer wedding in 2010. That very year, Kenny went under the knife after the collapse of his lung. 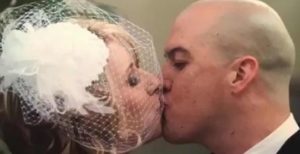 In July 2019, Kenny Heslep filed divorce documents in LA County Court. While doing so, he accused his wife Katie Hill of engaging in an ex-marital affair with her legislative director Graham Kelly.

Per the court papers, Kenny was seeking spousal support payments from Katie.

Responding to the divorce news, Katie labeled Kenny “an abusive husband” while categorically denying her involvement with Graham. Months later, she would admit to having a rather inappropriate relationship with a former female campaign staffer named Morgan Desjardins.

Speaking on behalf of Kenny, a representative denied Katie’s claims that he had to do anything with the leak.

Amid the mounting public scrutiny, Katie resigned from congress on 27th October 2019. In her statement, she placed the entire blame on Kenny.

In October of 2019, online searches for congresswoman Katie Hill rose exponentially after her nudes were...