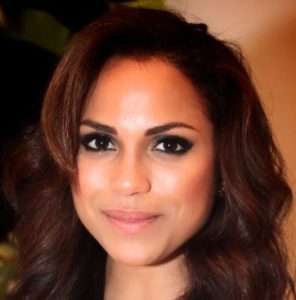 Monica Raymund is an American actress who attained widespread popularity with multiple popular roles at a very young age. Most actors/actresses have immensely popular roles and they are known throughout their career for that one role. When she was only in her early thirties, Monica found acclaimed roles in multiple projects like Lie to Me, The Good Wife, Chicago Fire.

Read the article below to know more about Monica, including the information regarding her past and present bio and some interesting wikis.

Monica was born on 26 July 1986 in St. Petersburg, Florida to parents of different ethnicity. Her father, Steve Raymond, was white American with half-English and half-Ashkenazi Jewish heritage. Her mother, Sonia Raymund, belonged to Hispanic ethnicity, having come from the Dominican Republic.

Growing up Monica had only one sibling, a younger brother by the name Will Raymund. Will died in August 2015, at the age of 27, leaving Monica and her parents bereaved.

Monica started her acting career when she was studying at Juilliard School in New York City. However, her first screen debut was with a minor role in an episode of Law & Order: Special Victims Unit.

The first of her major roles in the TV was with Lie to Me, Fox‘s crime-drama, where she played one of the main roles of Ria Torres for two years from 2009-2011. Her next major role came with CBS‘s highly successful legal-drama The Good Wife, where she appeared for a recurring role from 2011-2012.

Then came the 7-year long portrayal of Gabriela Dawson in NBC‘s action-drama Chicago Fire, from 2012-2019. When 2020 came, Monica found herself in another leading role in another crime-drama, Starz‘s Hightown.

Compared to her TV career, Monica’s movie career is practically non-existent, with a few short movies and minor roles in small-budget movies.

Monica stands at a modest height of 5 feet 4 inches. She weighed 58 kg.

When it came to her body, Monica can boast voluptuous measurements.

As of 2020, Monica had three confirmed partners: a husband (Neil Patrick Stewart), a boyfriend (Jesse Spencer), and a girlfriend (Tari Segal). Monica also had a rumored girlfriend (Lauren German) but that relationship was never confirmed.

Let us start with Monica’s male partners. Monica’s first significant relationship was with Neil Patrick Stewart, to whom she was also married for over two years. But the couple met long before they married each other.

Monica first met her husband (now ex-husband) when she was doing theatre early in her career. Neil was a theatre actor, director, and writer. Both Neil and Monica worked as teachers for the Broadway Theatre Project. Later, as husband and wife, the couple founded their school called Performing Arts Project. 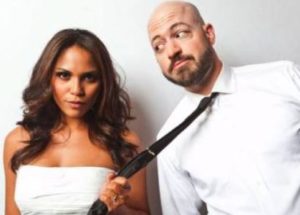 The couple got married in 2011, after knowing each other for 10 years and dating for a major part of those ten years. The married life, however, didn’t work as great for the two of them. The couple separated after a couple of years of married life and finally got divorced in 2014.

Chicago Fire was not only Monica’s most important project but also most intimate for it helped her to meet her new girlfriend. Three years into the show, Monica met Tari Segal, a cinematographer, who had arrived as a camera operator for the show. Tari worked for 16 episodes and won the heart of the lead actress of the show.

Monica and Tari started dating soon after. While rumor had already started, Monica made her girlfriend public in 2015 with a now-deleted post on Twitter. 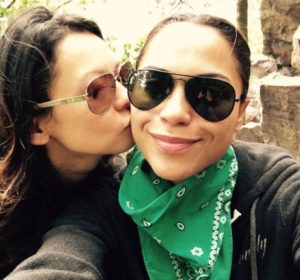 Tari and Monica frequently showed their love and support for each other through their Twitter accounts.

Monica’s gay relationship with her new girlfriend proved stronger than the straight one with her former husband. Even after five years of courtship, the girlfriends are going strong.

0 Replies to “Is Monica Raymund Gay? Boyfriend, Husband, Net Worth”