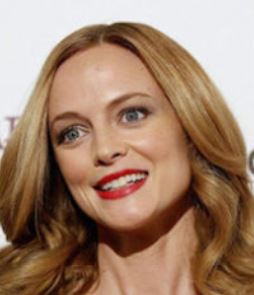 Even if we tried, the name Heather Graham cannot be pinned down to a single movie or film role. So, wide and coveted was her oeuvre. From movies like PTA’s Boogie Nights to Austin Powers: The Spy Who Shagged Me, and TV shows like Twin Peaks to Sex and the City, she had performed so many and so different roles.

In this article, we try to write inform the readers about the more intimate details of her personal and professional lives.

Did Heather Graham Reconcile With Her Mother & Father?

Heather Graham was born on 29 January 1970 in Milwaukee, Wisconsin to Irish American parents. She grew up with her sister Aimee in a strict Catholic background. Although the family was close in the beginning, Heather was estranged from her parents as her acting career reached greater heights.

According to Heather, the final tipping point was her performance in Paul Thomas Anderson’s Boogie Nights, in which she played a raunchy role. Her Catholic parents did not approve of this. In the end, Heather decided that if her parents couldn’t love her for who she was, then could go her way and wouldn’t mind doing so.

In 2013, however, Heather’s parents spoke up about the estrangement. They provided a conflicting account of the situation. According to her parents, they did not have any problems with her choice of movies. They did not deny that they were devout Catholics, nor that they were uncomfortable with Boogie Nights. But they did not they never objected to her performing in the movie.

Human relationships are complex and lack of communication complicates them even more. And between Heather and her parents, all the communication channels except the accusations and defenses were over.

What Is Heather Graham’s Net Worth?

As of 2020, Heather Graham had amassed the massive net worth of $25 million.

On the stark opposite to her utterly failed relationship with her parents, her career was the success of an incredibly kind. She started her career with an uncredited role in the 1984 drama, Mrs. Soffel. Later in 1988, she played a breakthrough role in Mercedes Lane in License to Drive.

Her most critically acclaimed role was in the Boogie Nights (the same one that caused problems with her parents). Her most famous role was probably in the second installment of the Austin Powers series, Austin Powers: The Spy Who Shagged Me.

Interestingly, Heather Graham’s dating life could be as illustrious as her acting career. By 2020, Heather had dated over 15 men (and probably one woman). And none the relationships, except one, lasted for more than 2 years.

The official record of her dating begins in 1988 (she was 18 years of age) when she dated Corey Feldman for a brief period. After that, there were short flings, serious relationships that crumbled within a year or two.

According to some sources, Heather once dated Drew Barrymore. In 2002, there were reports that Drew Barrymore and Heather Graham were kissing each other in a nightclub in LA. Heather and Drew were a lesbian couple for a while in 2002.

Heather toyed with being a lesbian again in 2006, this time on the screen. In the movie Gray Matters, Heather played Gray Baldwin, who is unaware of herself being a lesbian. The movie was about the self-discovery of one’s sexuality.

Yaniv and Heather started dating in 2008, and their relationship went on for 12 years. Reportedly, there were brief breaks in the 12 long years, but Heather and Yaniv had come out stronger every time. 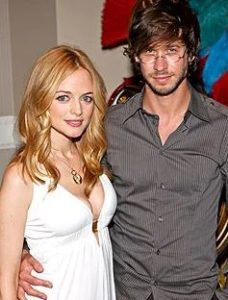 There were many speculations about the couple getting married. In 2009, when they moved in together, the media was excited about the fact that Yaniv could very well become Heather’s husband. Well, it has been over a decade and that did not happen.

Well, as of 2020, Heather was not interested in getting married to a husband. Rather, she was interested in just sharing the love.

Sometimes one bright light is so overwhelming that it outshines all other lights around it. That may not...

Samantha Bryant is an American actress, production assistant and publicist. She is best known for her work on...