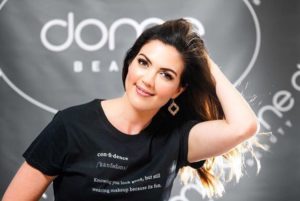 Kristy Katzmann was a reality TV star looking for an unconventional journey to love and motherhood in Fox‘s matchmaking show, Labor of Love.

The premise of the show was such that fifteen men participate in several challenges, in test to their parenting and personal skills. Eventually, the man, considered “satisfactory” by Kristy, would advance to the subsequent episode. This way, at the end of the show, she, along with the show’s experts, would decide whether to select one of the guys “to start a family with or not.”

Before this very experience, Kristy already appeared in the eleventh season of The Bachelor back in the 2007s.

Here’s what you may also not know regarding Kristy’s personal life, job, and career.

Born in the year 1978 in Gurnee, Illinois, Kristy Katzmann celebrated her 41st birthday at some time in 2019. Although, her zodiac sign remained undiscovered at the time.

A glance over her social media hints — Kristy Katzmann has a sibling named Sarah Gross, who, besides being a fashion blogger, is married and is a mother to her young boy.

Occasionally, Kristy shares pictures of her family members. One of them is her young niece, Helena. Kristy said Helena is without question her mini self. ” We just get each other”— she told stressing on their special bonding.

According to her Linkedin page, Kristy worked as an acupuncturist in Chicago. Also, she enjoyed her career as a sales representative for a nutritional supplement company.

Besides, her Linkedin bio reads her job title — holistic health and beauty expert.

Kristy Katzman was married to her former husband, whose name remained aloof. The vows exchanged back in her 30s survived for a short time and ended in divorce—the details of which she would probably dispense in her Labor of Love episodes. 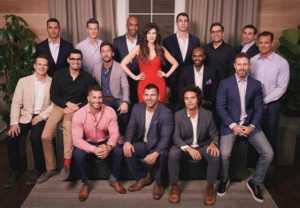 Kristy Katzmann with her co-stars from the show Labor of Love (PIC: Kristy’s Instagram)

She told the USA Today that the TV show was her chance to share her real-life story. Her words were:

“This is a story about my life. And I mean that sincerely. How I even had the opportunity to be a part of this is a friend and mentor of mine, someone I respect very well, actually sent me the casting call. So, this is coming from a real person, and she said to me, ‘This really sounds like you.’ And it really did.”

At some point, lately, when Kristy Katzmann came to know about the Labor of Love, she had just gotten out of a relationship. At the moment, she was “really” trying to navigate her dating life because she knew she wanted to have kids. And, this was also more important because she was “on a timeline”.

Among the 15 contestants vying to become Kristy’s baby father, Kyle Klinger emerged as the winner.

When Labor of Love ended filming in April 2019, Kristy relocated to Austin from Chicago to be with Kyle. Following the move, they would enjoy life as boyfriend and girlfriend for a few months.

According to Kristy, she was taking a break from dating altogether so that she could get pregnant via in vitro fertilization.