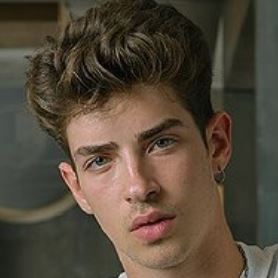 Manu Rios is a Spanish television actor, covers artist, social media star. Famous from the tender age of 9, he later earned his name in other European countries as well.

Read the article below to know more about Manu.

Manu Rios was born as Manuel Rios Fernandez on 17 December 1998. By the time this article was written (August 2020), Manu was 21 years of age. And his zodiac sign was Sagittarius.

Coming to his family, Manu Rios was born in Calzada, Calatrava, Spain to the parents of Spanish nationality. His father was Julian Rios and his mother was Manoli Rios. Apart from his parents, he had one sibling growing up, an older brother named Josemy.

Josemy was also a television personality and is also gaining some fame in social media.

Manu Rios is very tall with a height of over 5 ft 11 inches, missing that milestone of 6 ft by just half of an inch. He weighs 74 kg and was quite fit.

His distinct features include a thin and handsome face with long beautiful hair on the top.

Manu was a huge star in social media. As a cover artist, he was famous on Youtube; as a model, he had an incredible following on Instagram; and as a television star, the Twitter world took him seriously.

The social media had especially enhanced his career as a cover artist. On his Youtube channel, he had covered the songs of One Direction, Vance Joy, Bruno Mars. He also posted vlogs on the various places he had visited.

On Instagram, with 144 posts (usually of himself looking good), he had the following of 5.4M by Aug 2020. On Twitter, he enjoyed almost 532 followers. And his Youtube channel had 1.48M subscribers.

His rise into stardom started when he was aged only 9. A production team called him for a role in the TV show Cantando en Familia. Later, at the age of 11 in 2010, he landed an important role of Gavroche, in one of the adaptations of Victor Hugo’s Les Miserables.

He was more famous for his performances in later TV shows like Tu Si Que Vales and Cantame Como Paso. In Summer 2020, he was cast in Netflix’s popular Spanish teen drama Elite. He joined the cast of Elite for the upcoming fourth season of the show. The shooting of the show might kickstart after the restrictions of the COVID-19 pandemic are lifted.

Furthermore, Manu Rios’s net worth, accumulated from social media and his acting performances, must be significant. However, adding to that already large net worth of over $300 thousand is his merchandise. Among his successful merch are hoodies, caps, T-shirts.

When it came to dating, Manu Rios’ otherwise open social media remained silent. As of Aug 2020, there was no mention of any girlfriends or boyfriends (there were some gay rumors). There was one girl, however, who could be Manu’s girlfriend, called Carly Gilbert. 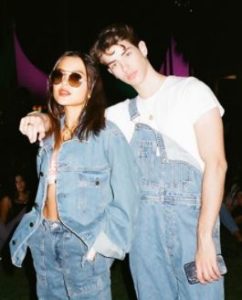 But in any of those posts, neither of the two was any clear about whether or not they were dating.

Anyway, from their social media, Manu and Carly were really close to each other. Could be as best of friends, or as a girlfriend/boyfriend pair.

For many fans of Netflix’s Elite, Guzman Nunier Osuna might appear perfect from the outside but he had...