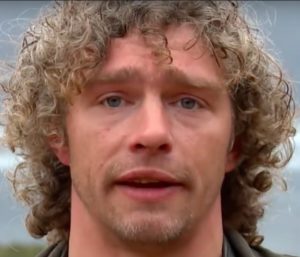 his Alaskan Bush People, an American docudrama-style reality television, follows the members of the Brown family as they attempt to survive the wilderness of Alaska and Washington (in later seasons), detached from the modern Internet life.

Although the show has been deemed by many people for being fake and scripted, there’s an interesting story in every Brown family members, especially Matt Brown.

This article will explore the life of Matt Brown — and his general wikis, relationship with family members, net worth, and rape allegations. Also, find out why Matt is missing after Season 8 of the show.

Should Not Miss: Harriet Sansom Harris Married, Net Worth, Husband

If you have watched only a few episodes of Alaskan Bush People, you can tell right away that Matt is the most mysterious member of the Brown family. The mystery climbed its way up after the sudden disappearance of Matt after the 8th season of the show.

While the speculations were numerous, the real truth about why Matt is not in the show is that Matt suffered from substance abuse.

After a long struggle with alcohol abuse, Matt entered the rehabilitation facility for the first time in 2016. Matt first noticed his alcohol addiction after he spent a lot of time with his friends in Juneau, Alaska, drinking a lot of booze and making ‘bad choices.’

But after his first rehab did not turn out to bring a significant change in him, Matt returned to the rehabilitation center for the second time in September 2019.

Down the road, Matt might not have made good terms with his siblings, his parents always stood for him.

On his second rehab, Matt’s father Billy said, “We miss him terribly, but we’d rather lose him from home for a little while than lose him forever. We just want him to do what he needs to do to get better.”

In December 2019, Matt left rehab and received treatment from outpatient rehab. While the rest of the Brown family moved to Washington, Matt relocated to California for the treatment.

After completing seven months of rehab, things looked good for Matt. He had remained clean for the entirety of the period and had Instagrammed a photo of a sobriety coin with a caption that read, “life just keeps getting better.”

Who knows if Matt fully recovers from the addiction problems, we might see him in the coming edition of Alaskan Bush People.

The eldest son of the Brown family, Matt Brown was born in 1983 that made his age, as of Feb 2021, to be 37. Last time, Matt celebrated his birthday away from the family in California on September 7, 2020. Matt’s zodiac sign is Virgo.

Matt’s parents, Billy and Ami met each other in the 70s decade. The pair tied the knot in 1979. Frustrated with their 9-5 jobs, the couple along with their son, Matt, set out to Alaska leaving Texas. That was where all six siblings of Matt were born. Matt’s mom homeschooled all of her children, including Matt.

The names of Matt’s six siblings are Joshua, Solomon, Gabriel, Rain, Snowbird, and Noah. Matt enjoys a decent relationship with his siblings.

Matt Brown, like everyone from Brown’s family, is of big stature. The “Alaskan Bush People” stands tall at a height of 5 feet 9 inches and weighs 78 kilograms.

Matt’s father, Billy passed away in Feb 2021 after suffering a seizure. Meanwhile, his mother was diagnosed with cancer circa 2017.

What Is “Alaskan Bush People” Matt Brown Net Worth?

Even though Alaskan Bush People has been deemed as fake, the growth in the number of people interested in Brown’s family does not seem to cease.

The show which debuted on Discovery Channel on May 6, 2014, is still running strong after 11 seasons of the show. With this pace, the show does not seem to end anytime soon.

When Discovery Channel bought massive 400 acres of land in Washington as the Brown family changed their home to Washington from Alaska, people began wondering how much the TV network pays their cast.

As per the sources, Matt Brown of “Alaskan Bush People” enjoyed a reported net worth of $100 thousand. On the other hand, Matt’s parents combined net worth is $1 million and his siblings’ net worth roughly ranges from $100 thousand to $150 thousand.

While we can’t say it for sure which salary figures are the correct ones, once the Discovery Channel or the cast member themselves clear this doubt, everything will be crystal clear.

As of 2020, Matt Brown was supposedly dating someone. The 38-year-old guy has never introduced his girlfriend to the viewers of Alaskan Bush People, nor his Instagram viewers or his YouTube subscribers.

The news that Matt has a girlfriend first appeared in his FB fan account. His fans took to the page to share a photo of his “mystery girlfriend.”

While the rape accusations from two women, reportedly Matt’s assistant, Jessica Jurges, and Matt’s manager at the time, Shelly Dawn, and drug abuse took a heavy toll on his previous relationships with other women and his family members, his diehard fans hoped the rehab helped him and prayed that the allegations didn’t impact his relationship with his “mystery girlfriend.” 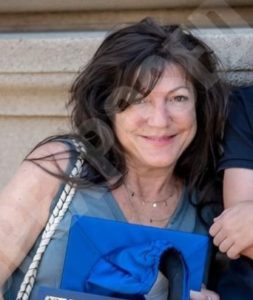 A picture of Matt’s mystery girlfriend.

With the news of Matt’s possible return to the Alaskan Bush People after a long hiatus, many were hoping that he would have his girlfriend in the show.

Rain Brown is the daughter of a survivor family, who lived in the Alaskan wilderness and tried to survive...

Oliver from 100 Days Wild is a wild spirit who hated being tethered to a fixed address. His love for...