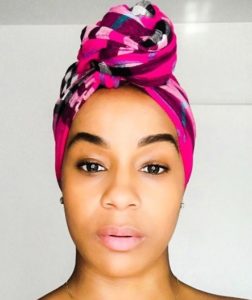 Georgette Townson, popularly known as G.G. Townson, stars in The CW‘s sports drama called All American as Lil Jewel, who is a singer working on her new album. Apart from the entertainment world, Georgette is also quite popular on Instagram for her short comedy skits.

Learn more about Georgette in the wiki below. From her general wikis to net worth and dating life — this article has it all.

A glance through some astrology books reveals that Georgette’s zodiac sign is Sagittarius and she shares all traits of Sagittarius — that includes honesty, optimism, fair-mindedness.

The talented actress and Internet personality G.G. Townson was born and raised in her hometown in California. Georgette hails from a very popular family. Her grandfather, Ronald Townson, was one of the founding members of the 1960’s vocal group The 5th Dimension. The vocal group is popular for hit songs like ‘Up, Up and Away’ and ‘Medley: Aquarius’. 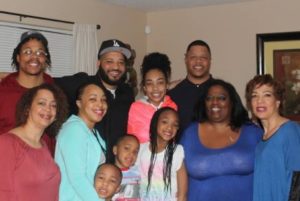 G.G. Townson with her whole family.

G.G. Townson belongs to a close-knit family and has good relations with every living member. Though the Salt-N-Pepa actress received tons of love and care growing up, she did not have her dad around her much as a kid as her dad passed away on December 18, 1993.

Georgette had two great siblings, both brothers, by her side as a kid. One of her brothers, Jamarre Townson, is a firefighter for San Francisco Fire Department, and her other brother, Sho-tyme is a music writer and producer and owns Landlord Music.

G.G. Townson stands at an average height of 5 Feet 7 Inches and weighs no less than 62 kilograms. Furthermore, she boasts appealing body measurements of 37-24-37 inches.

The All American star has an incredible social media reach. Her Instagram account @ggtownson had a massive 111 thousand followers, courtesy of her short comedy skits.

As a granddaughter of Ronald Townson, G.G. Townson got involved in the entertainment industry at a very young age.

At 7, Georgette had her first job in a Toon Disney commercial. Ever since then, opportunities have been flooding for the Los Angeles native. She had a guest role on a TV show called Joan of Arcadia and had a recurring role on Zoey 101. Georgette also appeared as Stella in the TV sitcom called In The Cut.

Georgette had her big break when she landed the role of iconic hip hop artist “Salt” in the Lifetime biopic Salt-N-Pepa.

Other television appearances include Like Family, Everybody hates Chris, Children’s Hospital, among others.

Aside from TV shows, Georgette has also worked on a movie. She starred in Major Deal, a movie about an aspiring rapper.

G.G. Townson’s net worth is reported to be under $400 thousand.

Her Roles On All American And Salt-N-Pepa

G.G. Townson plays Lil Jewel in The CW show, All American. Her character Lil Jewel is an emerging singer who is working on her new album. She works under JP’s label who feels self-centered in the beginning, but as the show moves on her outer image begins to break down.

Georgette played iconic hip hop artist “Salt” in her breakout movie Salt-N-Pepa. Salt-N-Pepa follows the lives of Cheryl “Salt” James and her friend Sandra “Pepa” Denton as they enter the new world of hip-hop and rap.

Georgette faced a great deal of trouble playing Cheryl in the movie. To portray the role beautifully and perfectly, she studied Cheryl’s archived interviews, made connections with her, and had daily discussions about the role.

Coming to Georgette’s relationship life, there is not much to talk about as the All American star has always remained mum when it came to talking about her dating life.

That being said, it looks like G.G. Townson is single since there is little to no chance that people would not know if an actress as famous as Georgette got married.

However, it should not be shocking if the Los Angeles native has been secretly dating her boyfriend as that is often the case with popular celebrities.