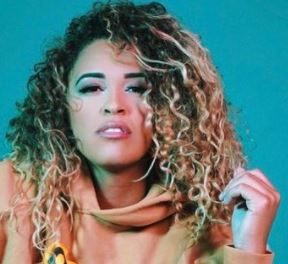 “The young lesbian ‘it-crowd’ navigating and celebrating life in Tampa Bay – Florida’s LGBTQ+ hub and the place to see and be seen. Always ready for an adventure or a good party, this group of loyal friends — and sometimes more than friends — is ambitious and unapologetic while constantly battling stereotypes and labels,” reads the description of Tampa Baes. And one of the so-called “it-crowd” members was Mack McKenzie.

If you keep reading this article, you will find out everything you need to know about Mack McKenzie and Tampa Baes. Find out interesting facts about her like her age, job, or her partner over this Mack McKenzie wiki!

Tampa Baes is an eight-episode series that follows a group of lesbian friends and lovers living in Tampa Bay, Florida. The show was greenlit by Amazon Studios in July 2021 and is set to premiere on Amazon Prime Video Fall of that year.

On 19 July 2021, Amazon Studios announced 13 cast members of Tampa Baes. And those cast members were Ali Myers, Nelly Ramirez, Shiva Pishdad, Jordan Whitley, Marissa Gialousis, Summer Mitchell, Cuppie Bragg, Brianna Murphy, Haley Grable, Melanie Posner, Olivia Mullins, and Mack McKenzie. On her Instagram, Mack had announced her part in the show and mentioned that she was “super stoked” to be a part of the show.

As of Aug 2021, the show had not even premiered yet and it has already come under fire for colorism. Apparently, no cast members of the show are dark-skinned. Some critics have pointed out that the casting of the show looked like it had adhered to “the paper bag test”. That means no woman with a skin tone darker than the paper bag was selected for the show.

Others have stated that the cast of the show was “truly dynamic” and “refreshing”.

Although the exact date of its release was not fixed yet, the show was set to first premiere in the US, UK, and a few other countries across the world. The worldwide release was to follow afterward.

According to her mother’s birthday wish to her on Instagram, Mack was born on 9 September 1994. And as of today, i.e. July 2021, Mack McKenzie was 26 years of age. Also, her zodiac sign was Virgo.

Mack McKenzie is a tall woman who measures a height of 5 ft 7 inches. Her distinct features include blue eyes and frizzy brown hair, which she sometimes wore in dreadlocks.

Talking about Mack McKenzie’s family, her mother’s name is Jessica Sherrill and she is a senior loan officer at Movement Mortgage, a loan company in Orlando, Florida. There was no information about Mack’s father.

Mack has an aunt called Sarah, who she had called “my favorite aunt” and “the angel of the family” on her Instagram. Mack is herself an aunt to a little kid whose name we do not know. And she has a sister called Daja and a grandmother, Marcie Reid.

Most of Mack’s family lived in Georgia. Maybe, Georgia was Mack’s actual hometown before she moved to Tampa Bay, Florida.

Coming to Mack’s political positions, she was an honest supporter of the Black Lives Matter movement and she had supported Biden-Harris Campaign during the 2020 US presidential elections. And being a gay woman herself, she was frequently a part of the pride parades.

Well, IMDb might have been confused but you need not be confused, dear readers. The Mack McKenzie of Tampa Baes was not the same as the actress McKenzie Mack who had over 5 acting credits so far.

We have no information about Mack McKenzie’s partner(s) or her dating life. It was likely that she was not dating anyone in 2021. If you want to know more about Mack and her girlfriend, Tampa Baes is the perfect show for you.