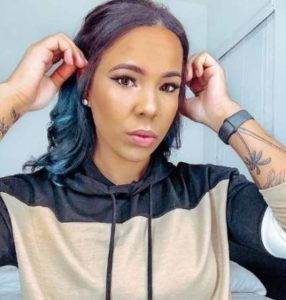 Now, in the rest of the writing find out all about one of its cast Jordan Whitley.

Jordan Whitley and others will be shown navigating and celebrating life in the “ever-growing LGBTQ+ hotspot on the Florida shoreline” on Tampa Baes.

You may see Jordan always ready for an adventure or a good party.

Jordan and her group of loyal friends and, sometimes “more than friends”, are ambitious and unapologetic as they constantly battle stereotypes and labels.

So, Jordan is super excited about this. Lately, she shared her excitement for the upcoming project across Instagram writing:

In the meantime, as she and the others awaited the show’s premiere in the U.S., UK, Australia, Canada, India, Ireland, and New Zealand, and then all across the world, Tampa Baes already faced some criticism for colorism.

Jordan Whitley celebrates her birthday every year on March 11th. So, in 2021, she reached the age of 27.

Jordan Whitley, with colorful flowery tattoos on both her forearms, stands to a height of 5′ 7″ or 1.70 meters.

Jordan, with a “RACISM IS A PANDEMIC” printed on her T-shirt, took to her Instagram to write how different she always felt growing up with mixed ethnicity.

Opening up about her experience, Jordan shared she was too black for the white kids, her hair was curly and frizzy. And because she was only the “nappy” kid in class, her classmates and teachers always reminded her of that.

While in her head, she was too White for the Black kids.

Jordan also did not grow up super close to the Black side of her family and because of that, she felt a disconnect, mainly in her own head.

“I honestly felt embarrassed for a long time being around other black people bc I just didn’t feel like I was “black enough”.

Anyway, all these are in the past now. With a lot of time and patience and education, Jordan, who once felt like she was neither Black enough nor White enough, has come to love the skin that she is in.

Jordan Whitley was brought up alongside her siblings, both sisters, Jaz Whitley and Rein Whitley. Someone who also goes around by Jay, she is the eldest of all.

They seemed super close and proud of each other’s early accomplishments.

Then, there is Jordan’s mom, Michele Nicely-Whitley, who is just as much proud of her girls.

Still married, Jordan worked at Citi, lived in Saint Johns. While she originally came from New Castle, Delaware. Her husband and Jordan’s father is Charles Whitley.

The Whitley family is survived by Jordan’s fraternal and beloved grandmother Marian T. Klosowski who died at the age of 80 in 2008.

Then, Jordan entertained 45.7K followers and 707.9K overall likes on her TikTok @jayy__whit.

Jordan could also be spotted on her ‘Jordan Whitley’ Facebook.

Before the world knew about Jordan Whitley’s Tampa Baes stint, she had less than an estimated $500K net worth.

While IMBD already credited her for the work, Jordan is a student nurse. As of May 2017, for the next four years, Jordan was enrolled in the University of Miami – School of Nursing and Health Studies. So, now, she is only steps away from earning handsome average hourly pay of $36.72, if she chooses to do the job of a travel nurse.

Further, since Nov. 2017, Jordan has also continued to be a scout at Softball Factory. The same year from Jan. until May, she also assisted varsity softball as an assistant coach at William Penn High School.

The Tampa, Florida native also played softball and baseball in high school and college but did not appear to be pursuing it as a career.

Jordan Whitney has been open about the intersection of discrimination she faced growing up as a gay, half-black woman; and her Pride celebrations.

“Racism, sexism, & homophobia are not strangers to me. But still I pray that one day, every little brown girl will look in the mirror & love her curls, love her tan or brown skin, & love herself without hesitation bc she lives in a society where she is empowered, respected & protected.”

Also precisely vocal about ‘Black Trans Lives Matter, Jordan had been dating a white girlfriend. The last time Jordan mentioned her girlfriend in a tweet, was June 24th in 2021.

“I told my girlfriend I wanted flowers for Valentine’s Day. She definitely 𝘳𝘰𝘴𝘦 to the occasion.”

The girlfriend’s name was not yet disclosed nor anyone on social media knew what she looked like.

The reality TV star also did not show her beau to her fans on social media. And so, one could not tell with certainty if the beau is going to be on Tampa Baes.